In Depth: Local Governments Scrounge for Money in Face of Budget-Busting Tax Cuts 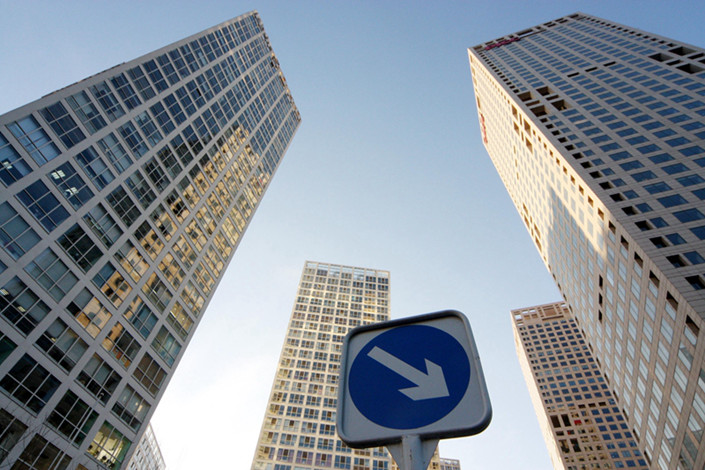 To make ends meet, local governments are looking to find money and cut regular expenditures wherever they can. Photo: VCG

*As economic growth slows, China’s leadership has promised cuts to taxes and fees worth 2 trillion yuan ($298.2 billion). About half the cost of these cuts will be borne by local governments.

* While regions are now hunting for cuts they can make to their expenditures and for ways to boost revenue, “the government’s fiscal position at both the central and local levels will deteriorate” as a result, an analyst said.

(Beijing) — China’s local governments are hunting high and low for money this year.

Falling government revenue growth projections for 2019 have left local governments looking at all manner of solutions to plug gaps in their budgets, including tapping rainy day funds and leftover budget surpluses, as well as slashing spending on travel, official banquets and even some proposed social welfare programs.

The budgetary juggling act raises questions about the ability of local governments to balance Beijing’s competing policy goals of bolstering slowing economic growth while keeping their debts in check.

Because growth in gross domestic product (GDP) is expected to slow this year, China’s leadership has pledged to cut taxes and fees by nearly 2 trillion yuan ($298.2 billion) to boost the economy, in part by reducing tax and fee burdens on businesses.

However, the pledge leaves China’s local governments in something of a lurch as they have had to bear about half the cost of such cuts, according to Caixin calculations based on public data.

In the annual work report that Premier Li Keqiang delivered on March 5 at the opening of this year’s National People’s Congress, he made it clear that local governments would have to absorb the hit to their budgets, saying governments at all levels must tighten their belts and find “workable means” of increasing revenue to reduce the financial burdens on corporations.

Some analysts, however, have raised concerns that the expanding policy support may add to the government’s debt overhang, which is already high. “The government’s fiscal position at both the central and local levels will deteriorate,” Tom Rafferty, principal China economist at The Economist Intelligence Unit, said in a research note on March 5.

Local government debt remains a threat to China’s financial stability despite the ongoing deleveraging campaign started in 2015. As of December, outstanding local government debt that is on the books totaled 18.39 trillion yuan ($2.73 trillion). However, the figure doesn’t include hidden, off-the books debt that local governments have amassed via borrowing through things like local government financing vehicles, public-private partnerships and government procurement contracts. The off-the-books debt of some local government has exceeded the amount that they are allowed to borrow through legal channels, said Zhu Mingchun, chairman of the national legislature’s Budgetary Affairs Commission.

The local governments acknowledged the debt concerns in their latest budget reports, stating that they would make cutting their debt burdens and cracking down on off-balance-sheet borrowing their top priorities for this year.

Of the 30 provincial-level governments that had published their budgets for this year as of this week, 23 announced lower revenue targets than they had in 2018. And 14 have projected that fiscal revenue growth won’t even keep up with GDP growth.

The budget troubles of local governments began in 2018, when several missed revenue targets that had been set early in the year. Seven of the 31 provincial-level governments that had published their 2018 fiscal reports by this week admitted that they missed their annual revenue targets, and 13 reported that revenue growth had slowed from a year earlier. Of the governments that missed their targets for last year, the Xinjiang Uygur autonomous region took the biggest hit.

After setting a target of 9.8% for 2018, the region’s government revenue ended up growing 4.3%, down from 12.6% in 2017. Xinjiang’s government blamed the missed target on cuts to government revenue generators like taxes and fees, declining investment in fixed assets, commodity price changes — the region is a major oil producer — and the nationwide slowdown in economic growth, according to region’s 2018 financial report.

The cuts to taxes and fees, which the central government began last year, have emerged as one of the main drags on local governments’ revenue growth.

The effect of the cuts on economic growth has yet to kick in, but they have taken a toll on local government budgets.

According to data released by Beijing’s finance bureau, the pro-growth policies in 2018 reduced corporate taxes and fees by 40 billion yuan, amounting to 18.8 billion yuan in lost revenue for the city’s government.

The Beijing municipal government managed to meet its revenue growth target (link in Chinese) of 6.5% last year, but that was down from a target of 6.8% the previous year.

The city government has warned that fiscal revenue growth is expected to slow to 4% this year due to the tax and fee cuts and the continued negative impact of tightened regulations on the real estate sector, a conventional driver of government income. It said in January that the tax cuts that had already been announced by that time would reduce its 2019 revenue by 30 billion yuan. And that figure was released before the premier announced the additional tax and fee cuts for this year.

Beijing Municipal Bureau of Finance Director Wu Sufang said in January that the city was looking for new ways to support the economy now that the central government has tightened regulations on its conventional growth drivers like real estate.

To make ends meet, local governments are looking to find money and cut regular expenditures wherever they can.

The government of Sichuan province is one of several regional governments that plan to tap their rainy day funds to plug gaps in their finances. The southwestern province has said it will take 21 billion yuan from its budget stabilization fund this year, leaving the fund with less than 4 billion yuan for the future, the government said in its report.

One province in Central China has just enough money in its rainy day fund to cover a shortfall this year, but it won’t have much left over, said a finance official in the province who did not want to be identified because he was not authorized to speak to the media.

Other local governments have decided that state-owned enterprises (SOEs) in their localities could do more to pitch in. For example, Guangdong province has required SOEs to turn in at least 30% of their profits to the province’s finance department this year, compared with 25% in 2018.

The Tibet autonomous region, for example, said in its budget report that some social welfare spending plans by lower-level governments went way beyond what the local economy and government could afford. The regional government will trim some of the proposed programs to ensure the sustainability of its fiscal policy.