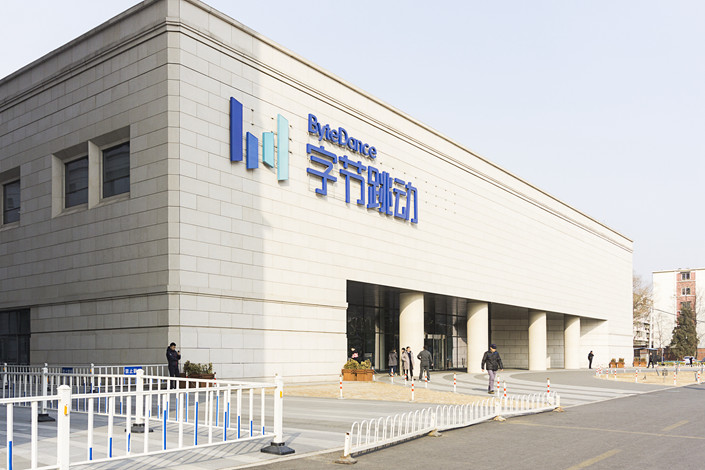 China’s tech sector is abuzz with merger and acquisition activity, including big moves by Alibaba, ByteDance and Maoyan.

Here’s Caixin’s round-up of the deals and why they matter:

The deal will further tighten the e-commerce behemoth’s grip on China’s booming logistics sector. With the tie-up, Alibaba will hold investments in four of China’s five most influential private logistics companies.

Unlike smaller rival JD.com Inc., Alibaba doesn’t have its own warehouses and relies on third-party couriers to deliver its goods. This means some of its parcels can take a few days to reach consumers. Alibaba has said it aims to deliver parcels within 24 hours in China and 72 hours globally.

The move signals the startup’s eagerness to tap China’s addiction to online games. The nation has an estimated 626 million gamers, almost twice the population of the United States.

Mokun was founded in 2013. Its title “Fighter of the Destiny” raked in nearly 200 million yuan in the month after it launched.

Movie-ticketing platform Maoyan struck a deal with a film production house on March 12, forking out HK$390 million ($50 million) for a 7.5% stake in Huanxi Media Group Ltd.

The move follows in the footsteps of Alibaba, which invested in two studios in January. Technology heavyweights including Tencent and iQiYi have also been flexing their muscles in the world’s second-largest cinema market.

Tencent-backed Maoyan raised $250 million in its initial public offering on the Hong Kong Stock Exchange in February. Its recent deal with Hong Kong-listed Huanxi gives Maoyan the right to co-invest in, as well as promote and distribute Huanxi film and TV projects.

Huanxi is backed by a slew of directing talent, including internationally renowned filmmakers Wong Kar-wai and Jia Zhangke.

Jason Tan contributed to this report.