At 91, Hong Kong Real Estate Tycoon Signals His Sons Will Succeed Him

By Liu Yanfei and David Kirton 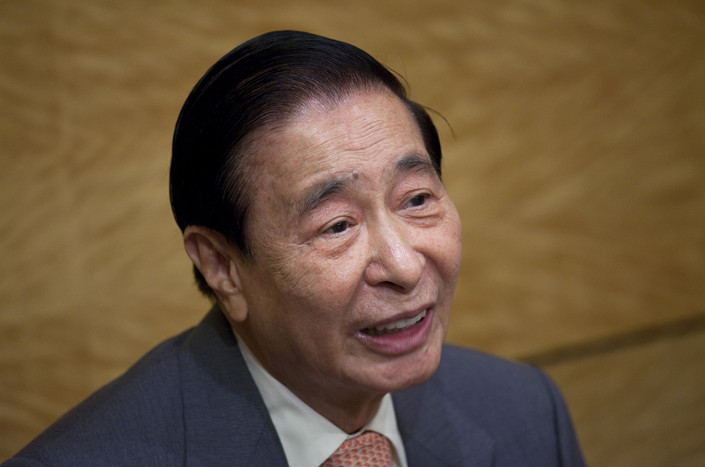 * An expert in family businesses said that Lee Shau-kee may be aiming to see how his sons perform before making his final decision, but that this is a risky strategy that may pose challenges to handling business deals

(Beijing) — Lee Shau-kee, one of Hong Kong’s most notable business tycoons and the architect behind one of its leading real estate developers, is considering passing his empire on to his sons as old age catches up with the 91-year old.

Lee is considering stepping down as chairman and managing director of Henderson Land Development Co. Ltd., in favor of his sons, Peter Lee Ka-kit and Martin Lee Ka-shing, according to a filing with the Hong Kong stock exchange this week.

The elder Lee is considering appointing his sons as joint chairmen and managing directors, the filing said, with a decision to be announced at a general meeting on May 28. The same arrangement would also be considered at Henderson Land’s two subsidiaries, Hong Kong and China Gas Co. Ltd., (commonly known as Towngas), as well as Henderson Investment Ltd., according to separate filings in Hong Kong.

If and when Lee Shau-kee steps down, Lee will become the latest of Hong Kong’s “big four” property tycoons to pass the baton to the next generation. The special administrative region’s richest man, Li Ka-shing handed the reins of CK Hutchison Holdings Ltd. to his son last March, while Henry Cheng succeeded his father Cheng Yu-tung at the helm of property developer New World Development Co. Ltd. and jewelry company Chow Tai Fook Jewelry Group Ltd. in 2016.

Yet Lee’s suggestion that his sons will jointly manage the three companies has drawn worrying comparisons with the Kwoks, the fourth of Hong Kong’s big real estate families.

Kwok Tak-seng died in 1990, with eldest son Walter running the company until 2008, when a family falling-out led to his replacement by younger brothers Raymond and Thomas, who was released from jail today after being jailed in 2014 for bribery. Thomas Kwok’s three years in prison — he was bailed pending appeal in July 2016 and re-jailed 13 months later after losing the appeal — left brother Raymond at the helm of the company that owns Hong Kong’s tallest building, the 118-story International Commerce Centre.

The founders of many of Hong Kong’s leading business empires have erred by failing to enact proper mechanisms for succession and end up working to their last, said Gao Hao, an expert on family businesses at Tsinghua University.

Gao believes Lee has deliberately left the management of the company vague in order to observe how both sons perform before making his final decision. This could prove a high-risk strategy, he says, as internecine rivalry and unclear boundaries of authority may make handling business deals problematic.