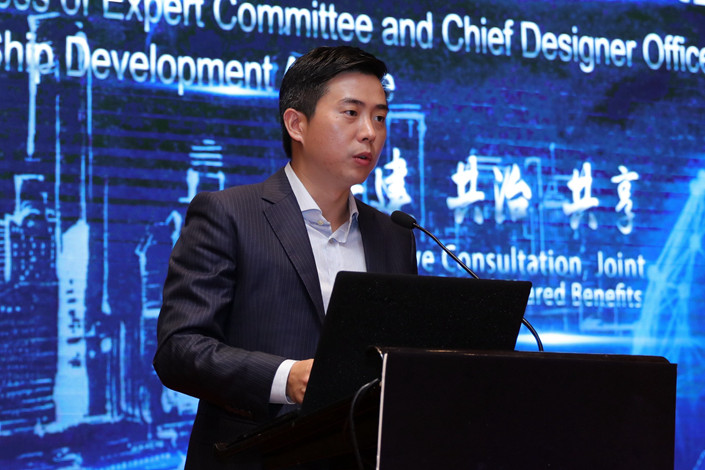 Several company sources told Caixin of the latest departure, the fifth change to the company’s 11-member board since the accidental death of co-founder Wang Jian in a fall in France last year. The company has continued a steady string of asset sales since Wang’s death, reversing a major buying spree that made it one of China’s most aggressive global acquirers over the last decade.

A company spokesperson was unaware of Tong’s departure, and said an announcement would come in the event of an official change. A check by Caixin showed that the company’s website still listed Tong as a director. At 36, he was the youngest member of its board.

Tong was emblematic of HNA during a heady rise that propelled it onto the world stage from its origins as an airline operator based on South China’s Hainan Island. He graduated from the prestigious Peking University and joined HNA in 2004 before the company embarked on its global buying spree. He quickly rose through the ranks, becoming vice chairman and chief executive of a technology unit that became HNA’s sixth major business division at the time of its formation in 2016.

He was later elevated to the unit’s chairman, as it embarked on a buying spree that culminated with its $6 billion purchase of U.S. computer parts distributor Ingram Micro in 2016.

But the company got caught up the following year when Beijing launched a major crackdown aimed at HNA and other similar companies that had amassed billions of dollars in debt through aggressive global buying sprees. Last week, a source told Caixin that HNA was in late-stage talks with several bidders for its Pactera information technology (IT) services unit, which it acquired for $675 million in 2016.

The company is also looking to sell Ingram Micro and many of the technology unit’s other assets, sources previously told Caixin. The unit was one of the first targeted for cuts after Wang’s death last summer, as co-founder Chen Feng took over and continued selling assets and making other restructuring moves.

At its height at the end of 2017, the technology division had assets worth more than 230 billion yuan ($34 billion), and annual revenue of more than 340 billion yuan from the nearly 40 enterprises under its umbrella. It employed 70,000 workers at that time, nearly half of them outside of China. But the technology division was demoted from a division to a business unit after Wang’s death, and was reduced to less than 30 people by late last year under a slimming-down campaign.