Central Bank Dismisses Rumors, Says It Will Not Tighten or Loosen Monetary Policy 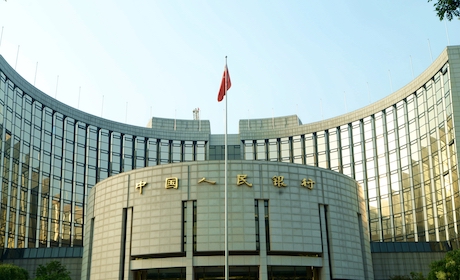 China’s central bank has no intention of tightening or loosening its monetary policy, one of its deputy governors Liu Guoqiang said Thursday at a press briefing.

Liu’s words came after the People’s Bank of China (PBOC), in a rare move, dismissed rumors about monetary-loosening twice within one month.

“When analyzing the economic situation for the first quarter (on Friday), the Politburo required that monetary policy be fine-tuned in a timely manner based on changes in economic growth and the price situation, (but) didn’t propose a change in the orientation of monetary policy,” Liu said.

It’s normal for the central bank to adjust short-term liquidity through open market operations, Liu said. One way to judge whether liquidity conditions are tight or loose is to observe interbank repo rates such as the seven-day repo rate, he added, as interest rates reflect prices of money, which in turn reflect the supply and demand of money.

On March 29, rumors swirled that the PBOC would imminently cut commercial banks’ reserve requirement ratio (RRR), which determines the amount of cash that they must keep in reserve. The central bank dispelled the rumor later that day and reported it to the police. Further rumors on Tuesday suggested the PBOC might cut the RRR two days later, but the PBOC dismissed those later that day.