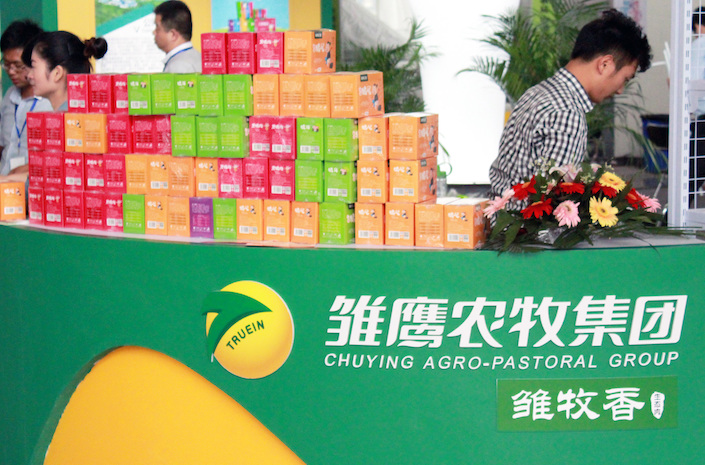 African swine fever has devastated many pig farms and caused chaos in the industry. But the shortage of the meat has also meant a rise in the price of the pork and an accompanying rise in the stock prices of some pork companies.

But this market optimism hasn’t been enough the save debt-ridden Chuying Agro-Pastoral Group, once China’s leading agricultural and pork-product manufacturer.

Stock of the Shenzhen-listed firm will start to wear an “ST” (“Special Treatment”) hat this Friday, according to an official statement. The “ST” label denotes that it is at risk of being delisted due to poor fiscal performance.

Chuying attributed the poor performance to rising costs and problems in the industry caused by African swine fever.

Earlier this year, Chuying admitted it had starved pigs to death after a lack of capital caused an “insufficient supply” of feed. In November 2018, facing severe debt and liquidity problems, the company even proposed giving their debtors their pound of flesh — literally — by offering to pay the interest in ham.