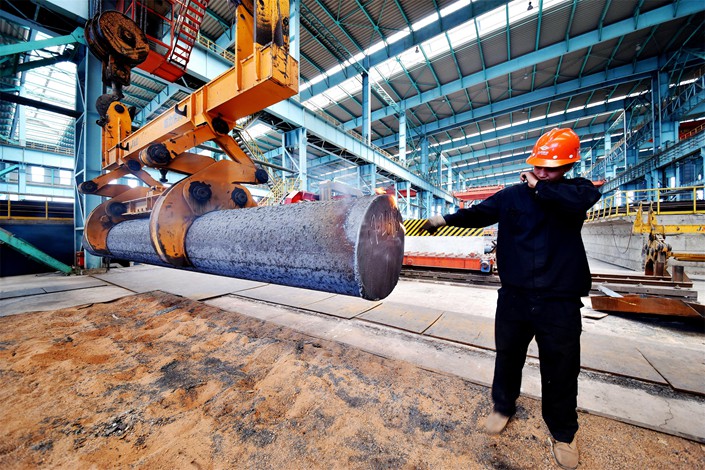 * China’s steel production rose 8.1% in 2018 to a record 928 million tons, despite the industry’s progress in cutting excess capacity

* While steelmakers have reduced their lower grade steel production capacity, that investment in ferrous metal smelting and rolling increased 30.6% in the first quarter, industry data shows

After several years spent slashing overcapacity, China’s bloated steel sector is in danger of ballooning once again unless the industry maintains “high vigilance,” the vice president of the nation’s top steel industry association has warned.

China produces over half of the world’s steel, with national production rising 8.1% year-on-year in 2018 to a record 928 million tons, according to government statistics. Despite this, China made headway in reducing excess capacity by around 150 million tons between 2016 and 2018 in a bid to reduce pollution and respond to international claims it had flooding global markets.

Yet this progress is at risk of being reversed as the capacity cuts boost steel prices which in turn incentivizes steelmakers to invest more in capacity, warned Qu Xiuli, vice president of industry group the China Iron and Steel Association.

While steelmakers have reduced their lower grade steel production capacity, the association’s data shows that investment in ferrous metal smelting and rolling increased 30.6% in the first quarter of this year, Qu said at the association’s quarterly conference.

“The industry must remain calm, strengthen self-discipline, and rationally control the pace of production,” she said, adding that steel producers must also prevent illegal new capacity and continue to pursue mergers and acquisitions that would rationalize asset allocation.

China produced 231 million tons of steel in the first quarter of 2019, a year-on-year increase of 9.92%, almost a third higher than the year-on-year growth seen between 2017 and 2018, Qu said. She warned that this growth could lead steel supply to outstrip demand in the future. She also pointed out that 2018 saw historically high profits for China’s steelmakers that will be difficult to sustain.

In this, Qu mirrored her colleague Zhang Zhixiang, chairman of industry body the China Chamber of Commerce for Metallurgical Enterprises, who said at a recent industry conference: “Each year has been better and better for the steel industry in recent years, and 2019 shouldn’t be too bad.”

“Yet we need to keep alert to differences between supply and demand levels,” he added.

However, last month Elizabeth Gaines, the CEO of major iron ore producer Fortescue Metals Group Ltd. told Caixin that she is confident steel demand will remain strong in China thanks to the government’s renewed infrastructure drive.