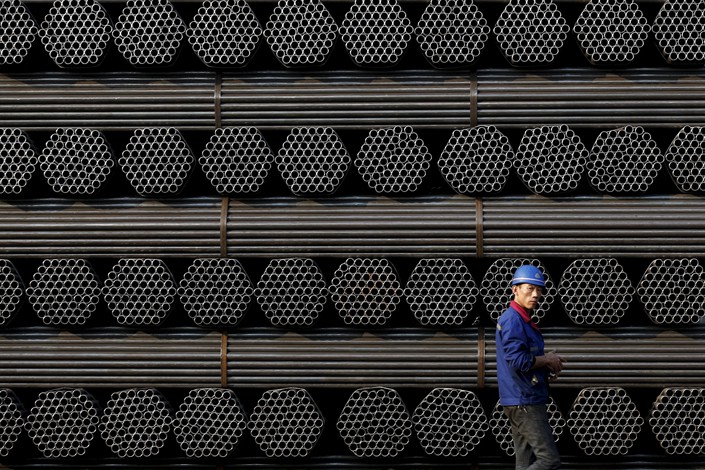 After last year’s bumper profits for China’s steelmakers, there is a risk that the steel supply might outrace demand in 2019 as producers become leaner and more efficient than ever, industry leaders have warned.

Despite government promises to cut excess capacity, China still produces over half the world’s steel, with national production up 8.1% year-on-year to a record 928 million tons, according to government statistics. Industry profits reached 470.4 billion yuan ($70.07 billion) in 2018, up 39.3% year-on-year.

The industry is on a roll, said Zhang Zhixiang, chairman of industry body the China Chamber of Commerce for Metallurgical Enterprises, at a conference this week. “Each year has been better and better for the steel industry in recent years, and 2019 shouldn’t be too bad. Yet we need to keep alert to differences between supply and demand levels,” he added.

The strong profits were driven by relatively high market prices, which on a monthly basis were 7.6% higher on average than a year earlier, Zhang said. Technological improvements and higher production standards, coupled with the consolidation of less profitable companies all contributed to stronger revenues, Zhang said.

While Zhang thinks that steel demand will remain steady thanks to stable levels of investment in infrastructure and real estate, he noted that production capacity remains much higher than demand, at 1.1 billion tons. Chinese steel companies will also face tougher challenges from Southeast Asia, where wages and logistics costs are lower, and where there is easier access to essential industry inputs such as coking coal.

The risk of supply outstripping demand also appears to be compounded by an increased production in the first two months of 2019. In that period, production rose to 150 million tons, an increase of 9.2% year-on-year, revealed Liu Zhenjiang, secretary-general of the China Iron and Steel Association (CISA), at a separate industry event.

He cautioned that the industry is unlikely to see such strong profits in 2019, saying that “stable operation is the top priority.” A spike in the price of iron ore, another vital input in steel production, has cut into steel producers’ profits in the first quarter of 2019, Liu said, with nearly a quarter of CISA members losing money in the first two months.