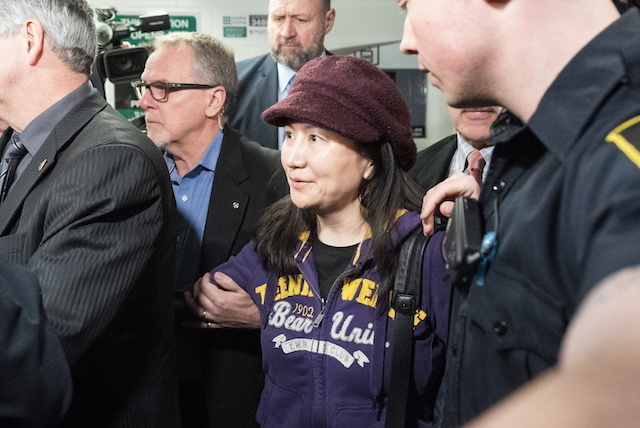 The legal team of Huawei CFO Meng Wanzhou has argued Meng should be granted stay of extradition proceedings on the basis of statements made by U.S. President Donald Trump that imply her arrest was “politically motivated.”

The argument was made by Meng’s defense lawyers at the British Columbia Supreme Court on Wednesday, where Meng was present for a hearing. The Canadian court granted Meng’s request to move from her current residence to a newly renovated $10 million mansion for “greater privacy,” as she is under house arrest in Canada pending resolution of her extradition case.

In December, Meng was arrested in Vancouver by Canadian authorities on the request of the U.S., which is seeking her extradition on fraud charges.

Meng's lawyers on Wednesday did not say when they would apply for the stay of the extradition hearing. But Meng is set to next appear in court on Sept. 23, when her defense will make more applications for further disclosure of details surrounding her arrest at the airport. The entire extradition process could take years.