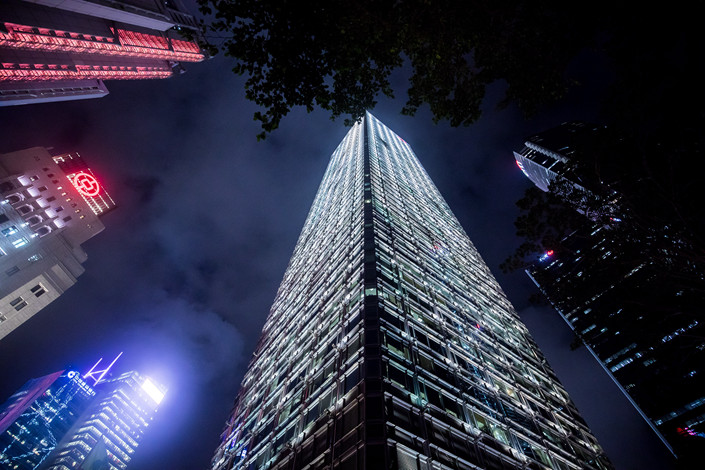 (Bloomberg) — CK Asset Holdings Ltd., one of Hong Kong’s biggest developers, is considering selling its stake in a large project in Shanghai, according to people familiar with the matter.

The landmark project — Upper West Shanghai in the city’s northwestern Putuo district — was billed as one of the largest mixed-use developments in the financial hub when construction started in 2011. A sale could value the entire project at about 20 billion yuan ($2.9 billion), the people said, asking not to be identified because the discussions are private. CK Asset has a 60% interest.

A transaction of that size would rank among the biggest commercial property deals in China. CK Asset itself holds the title for the second-largest deal in the country after it offloaded a half-stake in the Century Link project in Shanghai’s Pudong district for 20 billion yuan in 2016, according to Real Capital Analytics. China Overseas Land & Investment Ltd.’s 31-billion-yuan purchase of Citic Ltd.’s property assets in 2016 as part of a government-backed restructuring holds the record.

Representatives from CK Asset didn’t respond to requests for comment.

CK Hutchison Holdings Ltd., the Hong Kong-based conglomerate founded by billionaire Li Ka-shing that has a stake in CK Asset, has sold a string of real estate assets on the Chinese mainland in recent years, reaping profits from a surge in land prices and property values. Its retreat is in contrast to foreign firms from Brookfield Asset Management Inc. to Blackstone Group LP, which have stepped up their China exposure to diversify risk in their global portfolios.

CK Asset’s land bank on the Chinese mainland decreased by 23% between 2016 and 2018, while the firm’s overseas reserves remained unchanged. Its land bank in Hong Kong was down by 33%, according to annual reports.

CK Asset has meanwhile been chasing real estate deals in Europe. It bought UBS Group AG’s headquarters in London for $1.3 billion last year, and has been in preliminary talks to buy a stake in a luxury housing project in the city, people familiar with that situation said in November.

The remaining 40% of Upper West Shanghai is held by minority investors represented by Zhoushan-based Herun Group Co. Representatives from Herun didn’t immediately respond to a request for comment.

Upper West Shanghai houses residential units, offices, retail space and a hotel in a total floor area of 1.2 million square meters (13 million square feet). The project, in a less developed part of the city that the government wants to transform into another central business district, also includes plans for a skyscraper that isn’t yet completed.