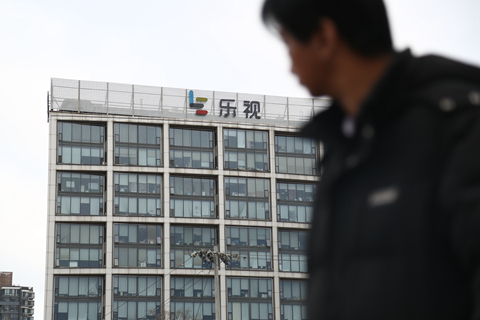 The Shenzhen-listed unit of embattled tech conglomerate LeEco faces a new wave of debt claims that could amount to 11 billion yuan ($1.6 billion), adding “tough” burdens for the company as it struggles with the threat of delisting.

Leshi Internet Information & Technology Corp. received a ruling from the Beijing Arbitration Commission ordering it to fulfill its role as guarantor in a 133 million yuan stock buyback agreement with a shareholder of LeSports, the sports division of LeEco, according to a Leshi filing Wednesday. The commission ordered payment within 10 days.

The arbitration suit filed by Shenzhen Qianhai Situo Investment Partnership is one of 14 similar cases facing Leshi, along with two other LeEco units, as LeSports shareholders seek to enforce share-buyback contracts they signed more than three years ago when they invested in the sports broadcasting business in hopes of a potential public listing.

According to LeSports’ agreements with investors in its two funding rounds totaling 8.4 billion yuan in 2015 and 2016, investors were guaranteed that their shares would be repurchased with annual yields of more than 12% if LeSports failed to go public before Dec. 31, 2018. The buyback responsibility is shared by Leshi and two other LeEco units.

LeSports, which spent heavily to obtain broadcasting rights for major sports events, was valued at 21.5 billion yuan when it completed the 2016 fundraising. However, the company’s business slumped as LeEco’s debt crisis exploded later in 2016.

Since December, LeSports investors have filed arbitration cases against Leshi seeking the buybacks.

Leshi said that if it lost all of the buyback cases, its total liability would amount to 11 billion yuan. It will be “tough for the company to manage,” Leshi said.

However, several lawyers said arbitration decisions are often more difficult to overturn than lawsuits in court.

Leshi is mired in massive debt woes since its parent LeEco was hit by cash crunch after years of aggressive business expansion. Leshi’s founder and largest shareholder, Jia Yueting, has fled China to the U.S. and has not returned since the summer of 2017, leaving behind debts that reached 11.9 billion yuan at the end of 2018, according to Leshi’s financial report.

Leshi may face compulsory delisting if its 2019 annual report fails to meet regulatory requirements for resumption of listing. The company’s stock was suspended last week after it reported negative net assets for 2018, a key indicator for triggering a trading suspension and possible eventual delisting.

Leshi said in a regulatory filing April 29 that it received notices from the China Securities Regulatory Commission (CSRC) saying the regulator has launched a formal investigation into Leshi and Jia for suspected information disclosure violations.