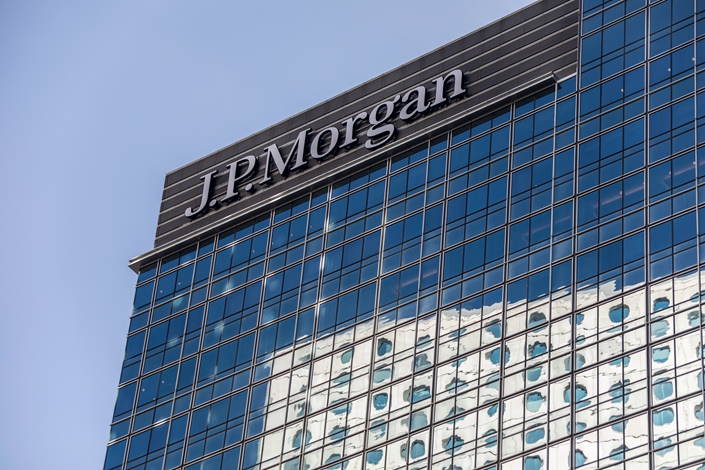 Hong Kong’s corruption watchdog has charged a former managing director of JP Morgan Securities (Asia Pacific) Ltd. (JPMS) with bribery, alleging she offered a job to the son of the chairman of a logistics company to help the bank win work on its initial public offering.

Catherine Leung Kar-cheung, 51, who headed the arm of U.S. investment banking giant JP Morgan Chase & Co., was charged under Section 9 of the Prevention of Bribery Ordinance, the Hong Kong Independent Commission Against Corruption (ICAC) said in a statement Thursday. The ICAC didn’t name the company or its chairman.

Leung, who left JPMS in 2015, faces two charges of bribery and is due to appear in court on May 20. One of the charges alleges that on Jan. 19, 2010, she offered the chairman of the logistics company a contract of employment for his son as a reward for the chairman showing favor to JPMS in hiring the bank to work on its initial public offering. The other alleges that between June 28, 2010 and Oct. 28, 2011, Leung again offered to employ his son at JPMS.

The charges against Leung relate to the bank’s hiring practices in Asia from around 2006 to 2013. In what became known as the Sons and Daughters program, it involved bankers in the region offering employment or internships to the relatives of prospective or existing clients to win business. Leung is the latest former senior JP Morgan executive in Asia to be ensnared in the scandal. Fang Fang, who was chief executive of JP Morgan Chase’s China investment banking business until his departure in March 2014, was arrested in May that year as part of the investigation.

The ICAC said that under the client referral program, senior staff at or above the rank of executive director or managing director, such as Leung, could refer candidates to JP Morgan or JPMS for the junior post of analyst or associate.

In an emailed statement to Caixin, a Beijing-based JP Morgan spokesperson did not comment on the charges against Leung, but said the program was a historical case that the bank had reached agreement on and settled with U.S. regulators in 2016. “We strengthened our compliance procedures and controls around hiring and reinforced the high standards of conduct expected of our people.”

The U.S. Securities and Exchange Commission (SEC) opened an inquiry into JP Morgan’s hiring practices in Asia in 2013. The bank agreed in 2016 to pay various U.S. authorities a total of $264 million to settle charges that it had provided jobs and internships to the relatives and friends of foreign government officials, which had enabled it win business in the Asia-Pacific region, in violation of the Foreign Corrupt Practices Act. The SEC said that over a seven-year period, JPMS hired around 100 interns and full-time employees under the referral program, which brought in more than $100 million in revenues to the bank.

According to U.S. media reports, people hired under the program included the son of Tang Shuangning, former vice chairman of the China Banking Regulatory Commission and former president of state-owned China Everbright Group, and the daughter of a former deputy chief engineer of a department of the Ministry of Railways before it was broken up in 2013.