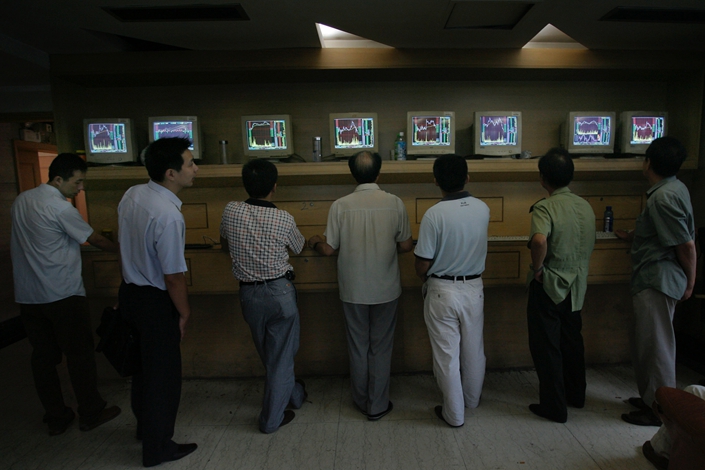 Chinese companies have used a variety of tricks to avoid being booted from the country's stock exchanges, such as falsifying their accounts, seeking local government intervention and taking advantage of the country’s loose stock suspension rules. Photo: VCG

The first batch of companies to leave China's bourses in 2019 have been announced, as regulators ramp up a campaign to clean out the stock markets and raise the quality of listed companies.

All four companies have struggled in recent years. Huaze Cobalt failed to declare an audited annual report for 2018 within the time frame required. Fujian Zhonghe has suffered long periods of negative assets and profits, and its auditors issued a disclaimer of opinion for its 2018 annual report — meaning they could not confidently assess the company’s financial state.

Hareon Solar declared negative assets and profits in 2018, and its auditors issued disclaimers of opinion for its 2016, 2017 and 2018 annual reports. Shanghai Potevio’s choice to delist came after years of losses.

China will kick off companies that disturb market order or otherwise meet the requirements for delisting, said Yi Huiman, China's top securities regulator, at an event held by the China Association for Public Companies on May 11. This meant clearing out “zombie” and “shell” companies, he said, referring to debt-ridden firms that run years of losses, and those which are financially valueless but can be bought by others as a cheap way to list on an exchange. Hareon Solar, for instance, went public on the SSE by buying a shell company in 2011.

China opened its stock markets in 1992 but only introduced delisting rules in 2001. As of the end of 2018, just 56 companies had been kicked off the Shanghai and Shenzhen exchanges, according to figures compiled by data provider Hithink RoyalFlush Information Network Co. Ltd. Over 3,500 firms currently trade on the two bourses.

Chinese companies have used a variety of tricks to avoid being booted, such as falsifying their accounts, seeking local government intervention and taking advantage of the country’s loose stock suspension rules to halt trading for long periods of time.