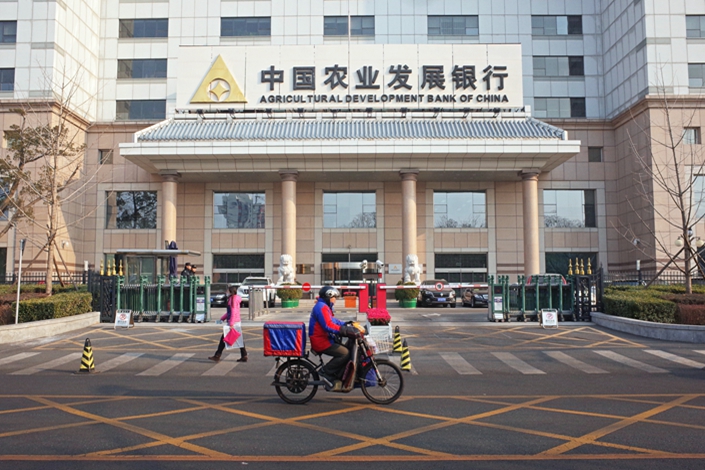 Individual investors were allocated a 200 million yuan ($29 million) share of the Agricultural Development Bank of China’s (ADBC) 2 billion yuan one-year yuan-dominated bond priced at 3.08%, Hong Kong Exchanges and Clearing Ltd. (HKEx) said in a statement Thursday. The issue to public investors, which took place on Wednesday, was made through HKEx’s central clearing and settlement system, it said.

The retail offer was part of a 3 billion yuan fundraising by the ADBC through the sale of dim sum bonds, yuan-denominated securities issued outside the mainland — in this case in Hong Kong. This included a 1 billion yuan three-year bond to institutional investors priced at 3.23%. The bank said the proceeds will be used to expand lending, and for working capital and general corporate purposes.

The bank’s bond issuance was the first to be open for subscription to both retail investors via HKEx, and to professional investors in the over-the-counter (OTC) market, the company said. “This is an exciting development for Hong Kong’s markets,” HKEx Chief Executive Charles Li said in a statement. “This provides a new type of investment opportunity for retail investors while allowing Agricultural Development Bank of China to diversify its financing base and increase its market visibility.”

Speaking to reporters on Thursday, Li said that the strict disclosure and approval procedures for bond listings have meant that so far only sovereign issuers have sold securities through the HKEx, and that as the ADBC is a quasi-sovereign entity, it was allowed to follow simplified procedures. He said he hoped that in the future, more quasi-sovereign institutions would sell bonds through the HKEx and that eventually bonds and derivatives will be included in the market access mechanisms linking Hong Kong and the Chinese mainland. The two sides have already set up three programs — Bond Connect, the Hong Kong-Shanghai Stock Connect and the Hong Kong-Shenzhen Stock Connect — that allow investors from both the mainland and Hong Kong to trade each other’s bonds and stocks. The Bond Connect so far only allows Hong Kong investors to buy mainland securities.

Beijing-based ADBC initially intended to sell 800 million yuan worth of bonds to institutional investors in its one-year tranche, but after receiving subscriptions of 8.2 billion yuan, the bank increased the size of the institutional offer to 1.8 billion yuan, it said in a statement on Thursday.

The bank is the first policy financial institution to have a bond traded on the Macao exchange, Qian Wenhui, director of the bank, said in the bank’s Chinese statement (link in Chinese). The move is also a response to the State Council’s pledges in February to support Macao in becoming an international financial services center and yuan settlement hub.