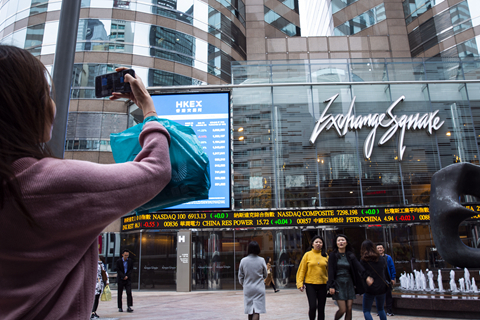 The Jiangsu-based company is offering 551 million shares at HK$13.06 ($1.66) to HK$14.26 apiece, according to terms of the deal seen by Caixin. The offering presents about 9.7% of the company’s total equity after the listing.

Nine cornerstone investors have agreed to buy a combined $344 million of the offering, according to the term sheet. GIC made the biggest commitment of $70 million, followed by Boyu’s $60 million. Other cornerstones include China’s Ally Bridge and Hillhouse Capital Group, Europe-based asset manager Prime Capital and U.S. healthcare investment firm OrbiMed.

Hansoh is set to price the deal June 5 and start trading June 14.

Established in 1995, Hansoh’s products focus on central nervous system diseases, oncology, anti-infectives, diabetes, and gastrointestinal and cardiovascular therapies. In 2018, the company booked 7.7 billion yuan ($1.1 billion) of revenue with net profit of 190 million yuan, according to the prospectus.