Bank of Guizhou Files for IPO in Hong Kong 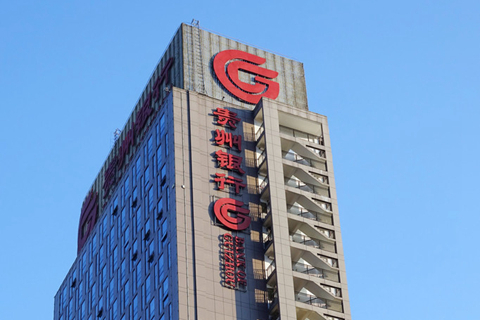 Bank of Guizhou disclosed it had 1.45 billion yuan of deposits in Baoshang Bank as of the end of March. Photo: VCG

Chinese state-backed provincial lender Bank of Guizhou filed a draft prospectus for an initial public offering in Hong Kong, becoming the second mainland bank considering an H-share listing so far this year. The bank didn’t disclose how much it expects raise.

It’s a challenging time for a bank to initiate an IPO after the recent government seizure of the troubled private Baoshang Bank. Bank of Guizhou disclosed it is writing down the value of its deposits with Baoshang Bank. The Guizhou bank is ineligible to list on the domestic A-shares market because of a management change last year.

The government action in the Baoshang case raised concerns about credit risks facing small and medium-sized lenders and cast a chill over a short-term borrowing tool popular among such institutions.

Established in 2012 and headquartered in Guiyang, the capital of southwestern Guizhou province, Bank of Guizhou is 44% owned by the local government and affiliated entities.

The Finance Department of Guizhou Province, Guizhou Moutai Winery Group Co., Gui’an New Development Investment Co., and Zunyi State-owned Assets Investment Management Ltd. are listed as the largest shareholders of the bank, according to the prospectus.

Four small commercial banks went public on the mainland A-share market so far this year, and at least three more bank listings are pending. But the Guizhou bank’s chairman and an executive director were replaced early last year, putting it out of compliance with the A-share listing requirement of no major management changes for three years.

In its prospectus, Bank of Guizhou disclosed it had 1.45 billion yuan of deposits in Baoshang Bank as of the end of March. The bank said it decided to write off 174 million yuan for asset impairment related to the Baoshang deposits in the first quarter.

The bank also warned that it can’t guarantee that its deposits at other banks wouldn’t have significant risks such as credit deterioration.

The People’s Bank of China (PBOC) and China Banking and Insurance Regulatory Commission (CBIRC) said principle and interest on personal saving accounts at Baoshang Bank would be fully guaranteed, but that doesn’t include wealth management products.

As a state-backed bank, Bank of Guizhou maintains continuous business relations with its largest government shareholder, the Finance Department of Guizhou Province. As of March 31, the finance department had 31.7 billion yuan of deposits at the bank, providing a stable and lost-cost capital source. The bank posted a net profit of 2.88 billion yuan in 2018 with total assets of 341.1 billion yuan.