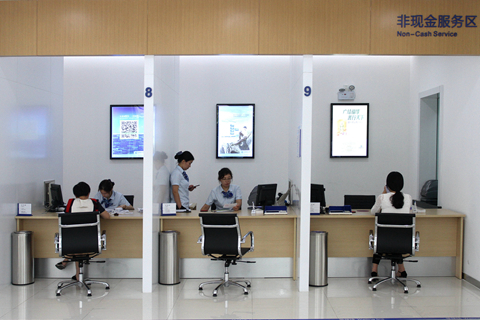 The recent takeover of a small private bank by the Chinese government prompted China’s biggest investment bank to cut its profit estimates for small and medium-sized banks.

China International Capital Corp. (CICC) lowered the 2019-2020 profit estimates for small to medium-sized banks listed on the mainland A-shares market by 1% to 10%. It projected that Hong Kong-listed small and medium-sized banks will record profit declines of 4% to 13%.

The seizure of Baoshang Bank Co. by regulators indicates that the supply-side structural reforms of China’s financial sector have entered the “deep-water zone” and that the government has taken further steps to break an implicit guarantee of repayments to investors, the CICC said in a research report.

The People’s Bank of China (PBOC) and China Banking and Insurance Regulatory Commission (CBIRC) announced May 24 the takeover of Baoshang Bank for a year because of “severe credit risk” the bank poses.

The regulators said they’ll guarantee principle and interest on personal savings accounts in the bank, but they warned some creditors of potential losses. Baoshang Bank is an isolated case, and its seizure by the authorities is linked to the embezzlement of funds by its controlling shareholder, financial conglomerate Tomorrow Holding, the PBOC said Sunday in a statement.

Nonetheless, the first government seizure of a private bank in 20 years has raised speculation that it may foreshadow the takeover of other smaller lenders.

Baoshang Bank and many small banks heavily rely on short-term financing. Negotiable certificates of deposit (NCDs) are popular short-term debt instruments used by smaller lenders thanks to their cheap cost relative to issuing debt. After the Baoshang takeover, issuance of NCDs by small and medium-sized banks slowed last week.

In the short term, small and medium-sized banks will face the risk of weak growth or even shrinking debt, the CICC said.

The decline in NCD demand will be only the first shock from the Baoshang takeover, said Zhang Jiqiang, a fixed-income analyst at Huatai Securities. Market liquidity and the bond market will eventually feel the impact from the takeover, he said.

If smaller banks cannot secure enough funding through the issuance of NCDs, they will have to sell their more liquid assets, which will have a certain impact on the real economy, Zhang said.

But other analysts said they expect the spillover effect of the Baoshang takeover to be limited thanks to moderately loose liquidity.

China’s interbank lending rates initially spiked after the Baoshang news, but the central bank’s big cash injections have calmed the market. Now the rates have basically returned to their levels before the Baoshang news.

The central bank has also sought to ease concerns in the markets in the wake of the Baoshang takeover, saying the move was a one-off and there are no plans for similar action in the near future.