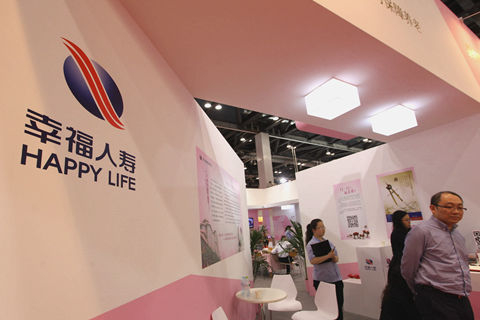 Happy Life Insurance Co. Ltd. had a loss of billions of yuan last year, and now it may lose its controlling shareholder.

The board of the Hong Kong-listed China Cinda Asset Management Co. Ltd., one of China’s four major asset management companies, intends to transfer all the company’s equity interest in Happy Life through public bidding to “implement relevant regulatory spirit and to optimize and integrate platform resources of subsidiaries,” according to a Tuesday exchange filing. China Cinda holds nearly 51% of the money-losing midsize life insurer.

“All shares will be transferred to a single buyer or a group of joint buyers in a single transaction,” China Cinda said in the filing. The equity transfer plan will be subject to the approval of shareholders and relevant regulatory authorities.

Happy Life posted a poor performance last year. In 2018, the insurer recorded a net deficit of 6.8 billion yuan ($983 million), reflecting losses on equity investments, and its premium income dropped by more than half to about 9.2 billion yuan from 2017’s 18.5 billion yuan, according to the company’s 2018 annual report (link in Chinese).

Founded in November 2007, Happy Life turned profitable in 2015, reporting a net profit of 335.3 million yuan ($48.4 million) after suffering net losses for six straight years, according to annual reports on its website. Net profits in 2016 shrank to 18 million yuan before rebounding slightly in 2017 to 49.4 million yuan.

The insurer’s performance also dragged down China Cinda’s profitability. The bad asset manager issued a profit warning in January, saying its net profit for 2018 would decline, blaming Happy Life’s significant loss. In 2018, China Cinda posted a net profit of about 12 billion yuan, down 33.7% from 2017’s 18.1 billion yuan, according to the company’s annual report.

Other shareholders of Happy Life include Sanpower Group Co. Ltd., which holds a 14.2% stake in Happy Life and has been saddled with debt itself. Another shareholder, Shaanxi Coal and Chemical Industry Group Co. Ltd., has also drawn public attention recently, as one of its employees, Yao Chunlei, disappeared from the public after his alleged connection with a disgraced former provincial Communist Party chief.