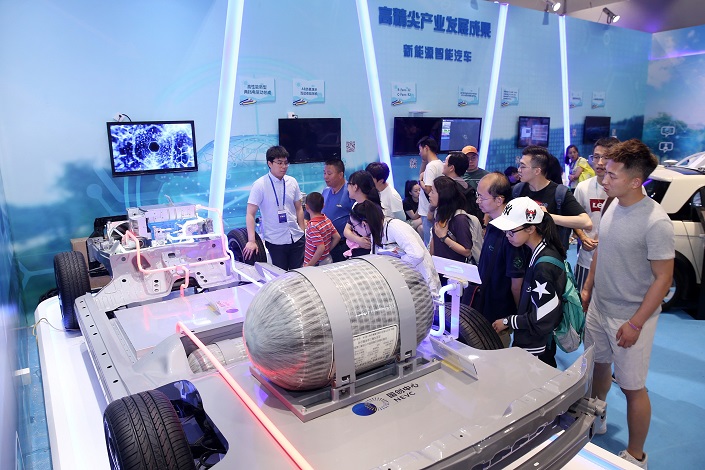 Hydrogen-powered car technology is displayed at the Beijing Science and Technology Week, on May 26, 2019. Photo: VCG

Shanghai has put its foot to the pedal in the race to develop a large-scale hydrogen-powered vehicles industry, announcing plans to build a major “hydrogen energy port” capable of churning out 50 billion yuan-worth ($7.2 billion) of fuel cells and components by 2025.

The city will build the “port” in the automobile industry zone of Jiading, with Tongji University and several other autos industry bodies having signed deals to support research and development into hydrogen cars there, according to Xinhua.

Dozens of city governments have scrambled to launch hydrogen-vehicle projects in recent months in response to Beijing’s signals that it will support the industry’s development. Datong city in North China’s Shanxi province announced plans to set up three hydrogen fuel cell production plants with Beijing Shouhang IHW Resources Saving Technology Co. in May, following similar deals in Jiaxing city in Zhejiang province and Changshu in Jiangsu.

Get the full story on Caixin Global later today.