By David Kirton and Sun Liangzi 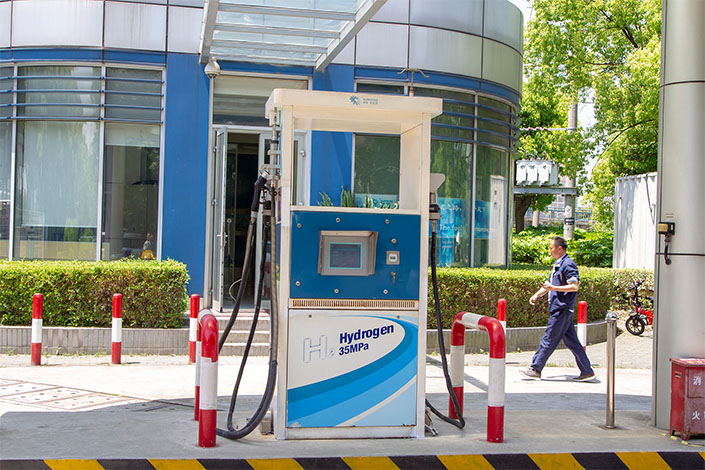 Shanghai has put the pedal to the metal in the race to develop a large-scale hydrogen-powered vehicles industry, announcing plans for a major “hydrogen energy port” capable of churning out 50 billion yuan worth ($7.2 billion) of fuel cells and components by 2025.

Hydrogen “is considered one of the world’s most promising clean energy sources,” and China “has made it clear it will develop hydrogen fuel vehicles,” aiming to build 2 million hydrogen fuel vehicles by 2030, the state-run Xinhua News Agency said in a report announcing (link in Chinese) the plans this week.

The city will build the “port” in the automobile industry zone in Jiading district, with Tongji University and several auto industry bodies signing deals to support research and development into hydrogen cars there, according to the Xinhua report.

Dozens of city governments have scrambled to launch hydrogen vehicle-related projects in recent months in response to signals from Beijing that it will support the industry’s development. Datong city in North China’s Shanxi province announced plans to set up three hydrogen fuel cell production plants with Beijing Shouhang IHW Resources Saving Technology Co. in May, following on the heels of similar deals in the cities of Jiaxing, Zhejiang province, and Changshu, Jiangsu province.

Hydrogen-powered vehicles are regarded as a promising future technology because their batteries covert hydrogen into energy, emitting only water vapor, in contrast to pollution-emitting traditional combustion vehicles. Their batteries also produce more energy for their weight compared to the lithium-ion batteries that currently drive the electric vehicle industry, making them particularly promising for long distance vehicles such as buses and trucks.

Yet so far higher production costs have hindered development of hydrogen vehicles, in part because of the cost of platinum, a key component, as well as a lack of support infrastructure for vehicles, and the complexity of storing hydrogen, which is highly volatile.

“The technology is still some way from any feasible model for mass commercial production, perhaps by 10 years,” said John Zeng, the general manager of Shanghai-based consultancy LMC Automotive. “While it has great potential, it will need a revolutionary breakthrough to make it a success,” he added.

China has also been slow to develop the technology despite having an abundant supply of hydrogen, said Wan Gang, a senior government advisor and former executive at Audi. So far the country has only built around 1,500 hydrogen vehicles, compared to more than 2 million electric vehicles, he said.

Yet progress is being made with improving the necessary support infrastructure, with a hydrogen fueling station capable of replenishing 600 vehicles a day completed in Shanghai earlier this month.

While several industry watchers remain skeptical that the technology will catch on, Wan is upbeat about its prospects, recently saying that China “should look into establishing a hydrogen society” and that it “need[s] to move further toward to fuel cells.”

That means the government will commit resources to developing the vehicles, he said. While China plans to phase out the long-time subsidy program for the maturing electric vehicle industry next year, government funding for fuel-cell vehicles may stay in place to some extent, Wan said.