By Zhang Erchi and David Kirton 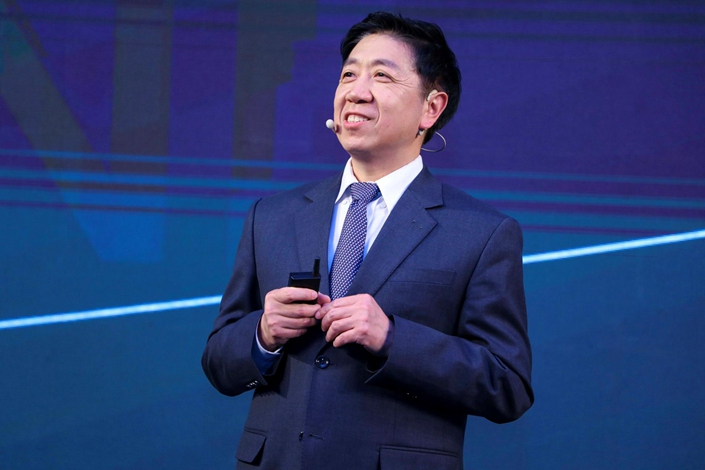 LinkedIn can celebrate having five years of China experience on its resume, with the career-focused networking company breaking ground in a market where other Western social media companies like Facebook are blocked.

Yet while it has amassed 47 million Chinese users, the company still needs to make better use of LinkedIn’s global reach, and must adapt its model to meet China’s demand for broader professional training and development services, the company’s China President Lu Jian recently told Caixin in an interview.

Since taking the helm of the company in April 2018, Lu has pushed for greater communication between LinkedIn’s China team and its U.S. counterpart in a bid to bolster global connections, while ensuring the Chinese side is still responsible for tweaking the product to match the tastes of the Chinese market, without needing U.S. approval. This forms part of its “2.0 strategy,” which it launched in May.

This contrasts with the company’s earlier approach. In 2015, LinkedIn launched a China-only app named Chitu, after a legendary figure from the Chinese literary classic “Romance of the Three Kingdoms.” Unlike the main app, Chitu targeted less affluent or connected job seekers looking for work or to network, and to acquire practical local knowledge from insiders, who usually know how things operate in China’s less-transparent work environment.

Yet on July 31, Chitu will close, with its users encouraged to migrate to LinkedIn. Lu said that with Chitu, LinkedIn had made the mistake of not utilizing the strengths of being a global platform. Chitu only imported user information from the global platform at the beginning, and then decoupled from it, leading to the failure of synchronization, with LinkedIn focusing on high-end users, from which Chitu was separate.

“If LinkedIn enters China as a global product, and doesn’t make good use of the advantages of the global platform at all, then what’s the difference from being a Chinese startup company?” Lu said.

Yet Lu is also wary of making the mistakes of other Western internet companies that expect their existing model to work just as well in China and fail to adapt to the market. Using an internationally successful model in China “is not mistaken thinking,” Lu said. “If a global company wants to make a different product for each market, the cost of adapting its business model will be very high and it will be very difficult.” Lu says that the Chinese market is unique, and there have been too many failures of the standardized, low-cost and easy-to-manage model.

One clear example is Amazon.com Inc. getting outfoxed by Alibaba Group Holding Ltd.’s Taobao and TMall online retail platforms, despite its huge starting advantage. While Amazon continues to operate in China, in April it denied reports it was leaving China, although it announced it will no longer offer e-commerce services to third-party vendors in China after July 18.

Lu said that “super apps” like Tencent Holdings Ltd.’s ubiquitous WeChat already dominates in connecting people. LinkedIn’s strategy is not to compete for users so broadly, but to grow as a career development platform. LinkedIn’s “value-added” will be to meet the demand for workers to learn new skills, seek career development and get a clearer benchmark for whether their current salary is competitive in the market. LinkedIn is new functions on career guides, salary insights and workplace Q&As to achieve this.

Yet LinkedIn faces fierce competition. Zhaopin Ltd. is strong in recruitment, while professional social networking rival Maimai.cn claims to have more than 80 million users and is thought to be targeting a market value of $10 billion in a an initial public offering later this year.

LinkedIn nevertheless remains distinctive, Lu said, as Zhaopin’s jobs platform is only used when people are actively looking for jobs, and Maimai has more limited content and less diversified income from recruitment companies.

While Microsoft Corp. completed its $26.2 billion acquisition of LinkedIn in December 2016, Lu said that Microsoft takes a very “hands off” approach to running LinkedIn. “We often discuss how to use Microsoft’s sales resources in China, but what we do is on our own initiative,” he said.

LinkedIn’s future target is roughly 150 million educated Chinese professionals, whom it hopes will become more active on the platform by engaging with its other career development features. “We have just begun to lay down the foundations, but there is much to improve,” he said.