By Zheng Lichun and David Kirton 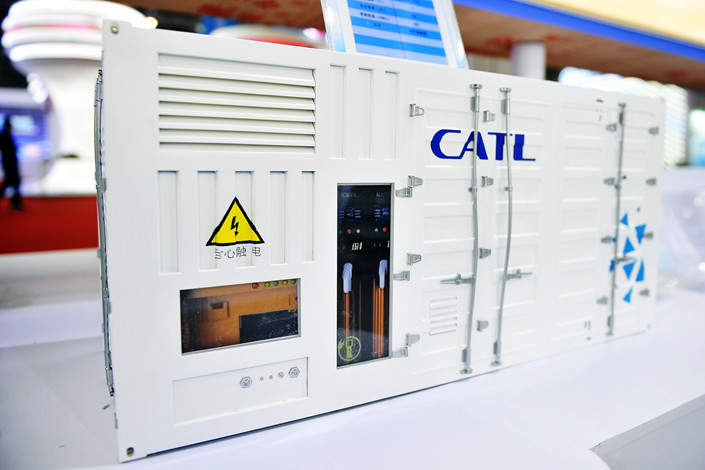 Electric vehicle battery giant CATL originally planned to invest 240 million euros in the facility in Germany, which would have a total capacity of 14 GWh per year. Photo: VCG

Chinese electric vehicle (EV) battery giant Contemporary Amperex Technology Co. Ltd. (CATL) is boosting the juice for its production and research and development (R&D) center in Germany as demand swells in Europe and competition heats up at home.

The company announced that it will increase investment in a facility planned for the central city of Erfurt from the earmarked 240 million euros ($272 million) to up to 1.8 billion euros, as it looks to ramp up lithium-ion battery production and increase research development to meet rising demand in Europe, according to a filing (link in Chinese) with the Shenzhen Stock Exchange on Tuesday.

“In line with the development and growth of overseas market demand, we will further globalize our strategic production layout, and upgrade our European production and research base,” the filing said.

CATL originally planned to invest 240 million euros in the facility, which would have a total capacity of 14 gigawatt-hours (GWh) per year, enough to power 300,000 BMW I3 electric vehicles. Even so, since at least the beginning of this year the company has been considering a further expansion, with Matthias Zentgraf, president of CATL Europe, saying in February that the company would target 60 GWh of capacity or even 100 GWh. The lower 60 GWh target would be equivalent to all the batteries installed in China last year.

Yet CATL’s vault in ambition appears to have been prompted by the introduction of more stringent rules for automobile carbon emissions in the EU that will come into effect in 2020, encouraging the bloc’s carmakers to shift more quickly toward producing electric vehicles.

German automaker Volkswagen anticipates that it will need more than 150 GWh of annual electric battery capacity after 2025, although some of this demand will be met by its planned 900 million euro investment with Swedish battery-maker Northvolt AB. BMW also has a deal to source around $4.7 billion in EV batteries from CATL over the next few years.

So far, the company has dominated production in China, in part thanks to generous state support, but this looks set to change. On Monday, China’s Ministry of Industry and Information Technology announced that it had abolished a list of recommended domestic battery suppliers including CATL that would receive subsidy support. The change is part of a push to allow a more level playing-field for foreign battery-makers.

“This year, China’s new-energy vehicle subsidy has fallen sharply, therefore, foreign-funded battery companies have been eager to re-enter the world’s largest electric vehicle market,” said Qin Jingjing, an analyst with research company Shanghai Metals Market. “Panasonic has accelerated its expansion in the Chinese market since the beginning of the year. LG, Samsung SDI and SKI have also increased their investment in battery factories in China,” she added. “The cancellation of the ‘white list’ has further accelerated the speed of market competition for domestic power batteries.”

A research report from Ping An Securities Co. Ltd. concurred, saying that Korean and Japanese battery producers are likely to enter China’s market now that the list has been abolished.