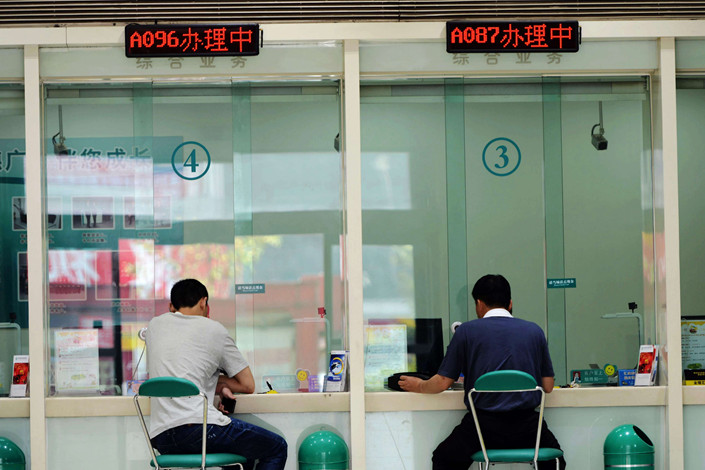 Chinese banks have increased lending to small and micro enterprises in response to government calls, but concerns remain over the businesses’ high bad loan ratios and short life spans, according to the central bank.

Outstanding loans to small and micro businesses rose 21% year-on-year to 10.3 trillion yuan ($1.50 trillion) at the end of May, said Zou Lan, deputy head of the People's Bank of China's financial markets department, in a Monday press briefing on the release of a white paper on financial services provided to small firms.

The growth rate was 5.8 percentage points higher than at the end of last year, Zou said.

Chinese authorities since last year have taken a series of measures — including expanded rediscount quotas and targeted cuts to bank reserve requirements — to encourage lending to small businesses in a bid to bolster the economy’s slowing growth. The five biggest state-owned banks were told to expand lending to small and micro businesses by 30% this year.

But higher bad loan ratios and shorter life spans of small businesses are still concerns for lenders. According to the white paper, jointly published by the central bank and the China Banking and Insurance Regulatory Commission, the average bad loan ratio for credit to small firms stood at 3.16%, while the ratio for businesses with credit lines of less than 5 million yuan was 5.5%. The average ratio for the entire banking sector was about 2%.

Bad-loan ratios of small businesses surged from 2.75% in March 2018 to 6.3% at the end of last year, reflecting a financial crunch amid slowing business. The ratio has gradually declined since then.

Smaller scale and weaker competitiveness made SMEs less resistant to economic fluctuations, the paper found. Meanwhile, small export businesses have been hit harder by the trade tensions between China and the U.S.

The average life span of small businesses in China is only three years, compared with eight years for counterparts in the U.S. and 12 years for those in Japan, according to the white paper. That exposes financial institutions to greater risks when making loans to such clients, the paper said.

Despite recent improvement, solving financing difficulties for small enterprises would be a long, complicated and arduous process, the paper said.