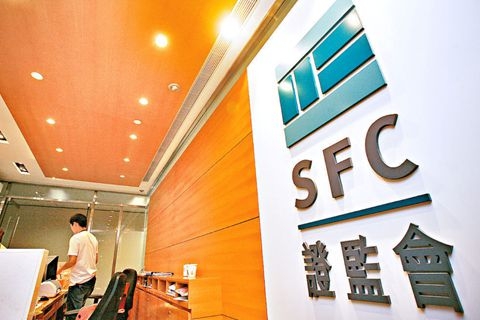 Hong Kong’s securities watchdog will be able to see audit papers kept on the mainland for investigations under an expanded cooperation accord that allows the city’s regulators to access mainland-based companies’ audit records.

The new agreement addresses a situation that trapped auditors between violating Chinese law barring overseas access to mainland audit documents and risking offshore legal challenges. Major global accounting firms have faced legal proceedings outside the mainland for failure to submit audit papers to regulators. Hong Kong stock exchange data showed that about half of the 2,315 companies traded on the Hong Kong bourse are based on the mainland.

The deal is “a significant milestone to enhance cooperation with the mainland regulators in order to combat instances of misconduct among mainland businesses listed in Hong Kong,” SFC Chief Executive Officer Ashley Alder said in the statement.

Under the memorandum, the Hong Kong regulator can make requests to access audit working papers issued by Hong Kong accounting firms for mainland-based companies that are listed, or are trying to list, in the city, as well as their related entities or persons, the SFC said in a statement.

The ministry and the CSRC will “provide the fullest assistance in response to SFC’s requests for investigative assistance regarding the provision of audit working papers,” the SFC said. The Hong Kong regulator will also be allowed to bring the documents to Hong Kong.

China’s Vice Finance Minister Cheng Lihua said in the statement that the agreement would “further deepen the regulatory cooperation between the two sides, helping to improve the quality of annual reports of listed entities in Hong Kong, and fully protect the legitimate interests of investors in both sides.”

This is the second such agreement inked by the mainland and Hong Kong authorities aiming to resolve a long-running tussle on inspecting the audit work on foreign-listed mainland companies.

In May, the finance ministry’s Supervision and Evaluation Bureau signed a separate memorandum with the Hong Kong Financial Reporting Council, the city’s accountancy regulator, on cross-boundary collaboration of audit paper inspection. Under the agreement, the cooperation is limited to the two parties, and the Financial Reporting Council is not allowed to transfer the papers to any third parties, including the Hong Kong securities regulator.

Under China’s confidentiality policies, Hong Kong and global accounting firms in the past were not allowed to transmit audit documents located on the mainland abroad, making it difficult for foreign regulators to inspect public companies listed on their markets.

In 2009, the CSRC, the National Administration of State Secrets Protection, and the National Archives Administration issued a notice barring all working documents in relation to the overseas listings of Chinese companies from being transmitted abroad to prevent inadvertent disclosure of state secrets.

A 2015 rule issued by China’s finance ministry further required that all auditing documents on overseas listed Chinese companies be kept on the mainland.

Ernst & Young argued that it did not possess the relevant records as they were held by its mainland unit. A Hong Kong High Court judge ruled against the accounting firm in a major blow to the accounting industry in Hong Kong.

Authorities in the U.S. have also challenged the situation. Last year, the U.S. Securities and Exchange Commission (SEC) and the Public Company Accounting Oversight Board (PCAOB) issued a joint statement on supervising the auditors of American-listed Chinese companies, highlighting obstacles to accessing audit papers of more than 200 mainland-based companies. The companies include big names such as internet giant Baidu Inc., Alibaba Group Holding Ltd., and state-owned China Mobile Ltd.

Denise Jia contributed to the story