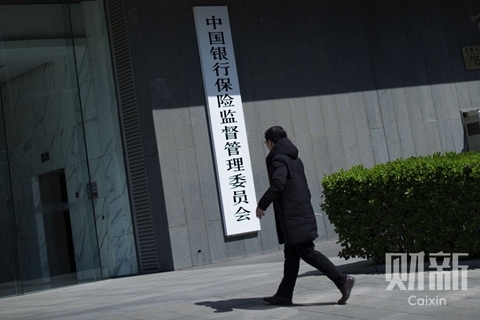 China’s banking and insurance regulator is mulling whether to give the country’s insurers greater room to invest in equity assets such as company stocks in an effort to introduce more long-term investors into the capital market.

China currently caps an insurance company’s’ equity investment at 30% of its total assets. The industry’s average ratio stands at 22.6%, meaning there is still room for expansion, said Liang Tao, vice chairman of the China Banking and Insurance Regulatory Commission (CBIRC) at a briefing Thursday.

Liang said the CBIRC is studying plans to raise the cap on insurance funds’ equity investment to allow insurers to play a greater role as institutional investors in the capital market. The regulator will grant insurers more freedom in making investment decisions and is likely to apply different requirements based on individual companies’ conditions, Liang said.

Easing controls on insurance-fund investments may bring hundreds of billions of yuan into the market, analysts said. China Great Wall Securities said in a recent research report that based on first-quarter data, a 1 percentage point increase of insurance fund investment will add 170 billion yuan ($24.7 billion) of capital to the market.

But some analysts said the policy change won’t bring an immediate influx of capital into the market as insurers will take time to adjust their investments based on their financial conditions and market performance.

Regulators in July 2015 raised insurers’ equity investment ceiling to 40% of portfolios from 30% in a bid to prop up a plunging stock market. But the eased rules were followed by a rush of insurance investment into the country’s equity market as many smaller insurers sought higher returns by pouring leveraged funds into risky assets.

Some insurers, such as Anbang Insurance Group, took the chance to aggressively acquire stakes in financial institutions to serve murky chains of shadow lending. Such practices triggered concerns that they could threaten the solvency of the industry and brew risks in the financial system as a whole.

Since 2017, regulators issued a series of rules to tighten supervision of the insurance industry, including rolling back the equity investment limit to pre-2015 levels.

Liang said Thursday that after the clampdown on market irregularities over the past two years, insurers’ business compliance and risk control capacity have improved significantly and their investments have remained stable.

Since late last year, the industry regulator has moved to ease restrictions on insurance funds’ investments to bolster liquidity and revitalize the gloomy capital markets.

The regulator later again called for insurance institutions to use their long-term funds to invest in more high-quality stocks and bonds and expand their investment through specialized equity-investment products. Insurers are also encouraged to invest in the newly launched Nasdaq-style high-tech board in Shanghai, according to the CBIRC.