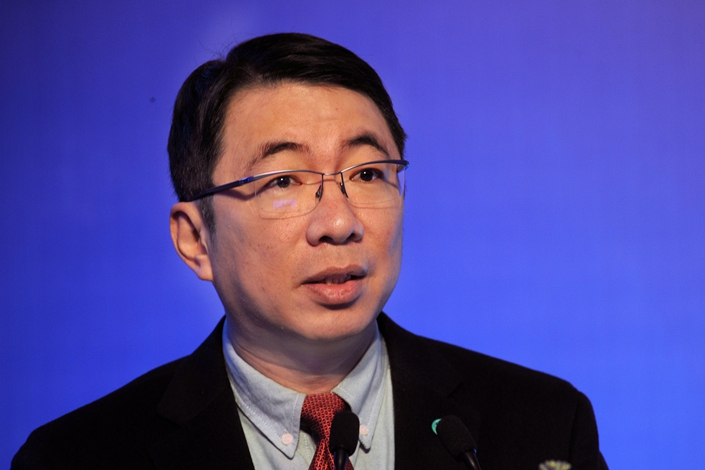 Shanghai Pudong Development Bank Co. Ltd., one of China’s largest joint-stock commercial banks, has appointed a veteran financial regulator as its new head, the bank said in a press release on Tuesday.

Zheng Yang, director of the Shanghai Municipal Financial Regulatory Bureau, has been appointed as Pudong Development Bank’s Communist Party chief and will be nominated as chairman, replacing Gao Guofu, the Shanghai-listed bank announced at an internal meeting on Tuesday morning, according to the release.

Zheng, 52, took office as head of the Shanghai financial regulatory bureau’s predecessor in 2013. Before that, he was a deputy head of the People’s Bank of China’s Shanghai Head Office, where he helped promote the development of cross-border yuan businesses.

Gao, 63, was appointed chairman of Pudong Development Bank in May 2017.

Xie Dong, 48, a deputy director of the Shanghai financial regulatory bureau, is likely to take over from Zheng as its chief, sources with knowledge of the matter told Caixin.

Last month, The Washington Post reported that a U.S. court found three Chinese banks in contempt for refusing to comply with subpoenas in a probe into violations of North Korea sanctions. The court didn’t identify the banks, but details in the court rulings align with a 2017 civil forfeiture case involving Pudong Development Bank, as well as China Merchants Bank and Bank of Communications Co. Ltd., one of the country’s “Big Five” state-owned commercial banks, according to the newspaper.

The report led the three banks’ stocks to slump and triggered concerns that the impact of the trade war between the world’s two largest economies could spread into the financial sector.