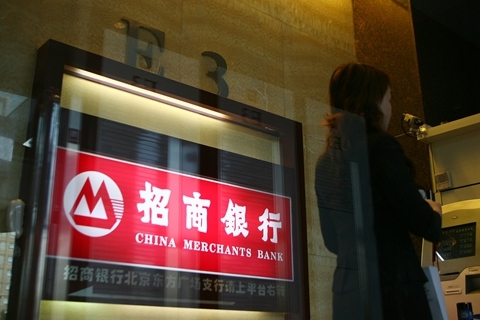 China Merchants Bank’s A-shares fell much as 8.5% before paring the loss to 4.8% at closing. Photo: VCG

Shares of three Chinese banks plunged Tuesday following a U.S. news report that the banks might be penalized over dealings with North Korea.

China Merchants Bank’s A-shares fell much as 8.5% before paring the loss to 4.8% at closing. The bank’s Hong Kong-listed H-shares plunged more than 10% before closing down 7.7%. Shanghai-listed shares of Shanghai Pudong Development Bank and Bank of Communications also fell more than 3% Tuesday.

The three stocks fell in response to a report by the Washington Post that a U.S. court found three large Chinese banks in contempt for refusing to comply with subpoenas in a probe into violations of North Korea sanctions, multiple market participants told Caixin. The newspaper also reported that one of them could lose access to the U.S. financial system.

The court order came amid trade tensions between the two countries and sparked fears that the trade war might spread into the financial sector.

People close to China’s central bank told Caixin that the current market reading of the incident is overly political and that it’s more of a technical dispute over whether the U.S. can exercise the so-called “long-arm jurisdiction” in requesting information from the Chinese banks.

The subpoenas were issued in December 2017 requesting information on the banks’ clients as part of a U.S. investigation into violations of sanctions targeting North Korea’s nuclear weapons program. But the banks argued that the requests should be made through a legal assistance pact between the two countries, according to the Post.

A statement by Pudong Development Bank said it is legally barred from releasing customer information to overseas authorities without permission.

The U.S. court claimed the right to long-arm jurisdiction based on the fact that China Merchants Bank and Bank of Communications have U.S. branches. While Shanghai Pudong Development Bank has no U.S. branch, it maintains U.S. accounts to handle U.S. dollar transactions, according to Bu Xiangrui, chief counsel of the China Banking Association.

The Justice Department should have requested information from the Chinese banks under a legal assistance pact between the two countries instead of exercising the court’s long-arm jurisdiction, Bu said.

“We hope the U.S. will strengthen bilateral cooperation with countries in the fields of financial supervision, including information exchange in accordance with the domestic laws of various parties, and solve the problem of cross-border information sharing through legal assistance and regulatory cooperation channels,” Geng said at a routine press conference.

The court imposed a fine of $50,000 a day on each of the three banks, pending an expedited appeal by the banks. The subpoena battle will go before a federal appeals court in Washington July 12, the Post reported.

China Merchants Bank said it was aware of the Washington Post report and denied any wrongdoing.

“China Merchants Bank has consistently and strictly complied with Chinese laws and relevant UN resolutions and other applicable sanctions and has not been investigated for alleged violations,” the bank said in a statement.