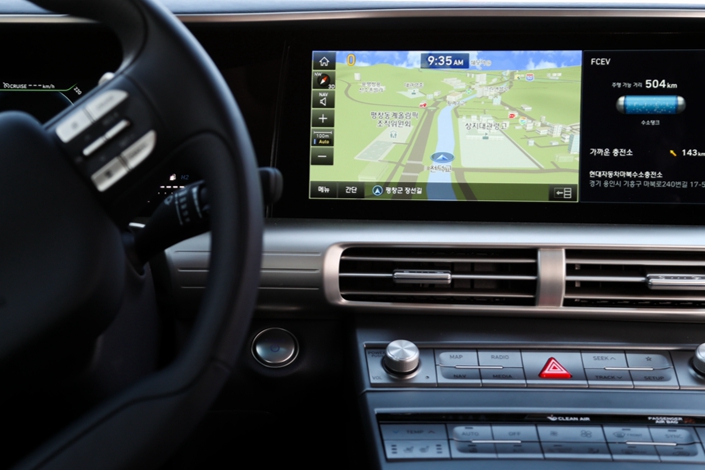 The decision could frustrate Meituan and JD.com’s efforts to build a fleet of autonomous delivery robots. Photo: VCG

Chinese authorities have blocked tech companies JD.com Inc. and Meituan Dianping from making their own high-precision maps, in a hit to their ambitions of developing delivery robots.

Caixin has been told regulators took issue with the fact their complex ownership structures — in which they are legally registered overseas — bring them into conflict with rules that forbid China-based mapping servers from sharing data with those overseas.

Both companies use the variable interest entity (VIE) structure widely employed by overseas-listed Chinese companies to skirt rigid financial rules that limit overseas investment and ownership in some sectors, especially the internet business.

Under the structure, an overseas-registered company is set up to list on overseas bourses, and uses contracts to control mainland-based units that hold most of their valuable assets — including licenses.

In the cases of New York-listed JD.com and Hong Kong-listed Meituan, it is not the VIE structure itself that is problematic, but the rules regarding data sharing, Caixin understands.

Regulators at the Ministry of Natural Resources who made the decision found the way the mainland companies were set up overseas bound them to share data with overseas companies, according to a source close to the matter who asked not to be identified, citing its sensitivity.

While the ministry proposed relaxing some aspects of its mapping qualification regulation in draft changes released in May, limits regarding data-sharing would remain in place under this draft.

The decision could frustrate the companies’ efforts to build a fleet of autonomous delivery robots, an area that relies heavily on high-precision maps.

China has granted licenses to more than 10 companies to develop high-precision maps, but only five of them have successfully launched digital mapping services. These include internet search giant Baidu Inc., and Alibaba-owned mapping unit AutoNavi.

While Baidu and Alibaba both use VIE structures, theirs are not thought to contain provisions that breach the mapping regulation.