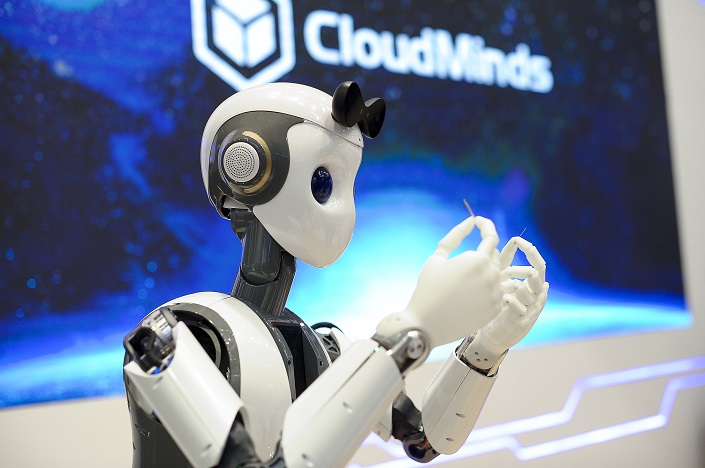 Robots are one of the many high-tech flavors of the day in China, and at least one player in the field is trying to sell its vision of automation to New York stock investors.

The company, CloudMinds, isn’t thinking small either, asking for a tidy $500 million in its prospectus filed with the U.S. securities regulator at the end of last week. Unlike many in the field, the company is trying to build a business on not just robots, but a brain living out there in the cloud that can operate many robots simultaneously.

It may sound slightly airy and sci-fi, but CloudMinds’ bottom line is far more down to earth and squarely planted in the red. It posted a net loss of nearly $60 million in this year’s first quarter, which was double the figure a year ago. Its first-quarter revenue also didn’t look too sharp, falling by more than half to $12 million.

If it raises the full $500 million, CloudMinds’ listing would become one of the biggest by a Chinese tech firm in the U.S. so far this year. Others of similar scale include video streaming site Douyu, which recently re-launched its stalled IPO with a boosted fund-raising target of around $1 billion. High-tech coffee purveyor Luckin also raised a hefty sum of more than $500 million in May.