SAIC General Motors Is Sticking With Low-Emission, but Unpopular Engine 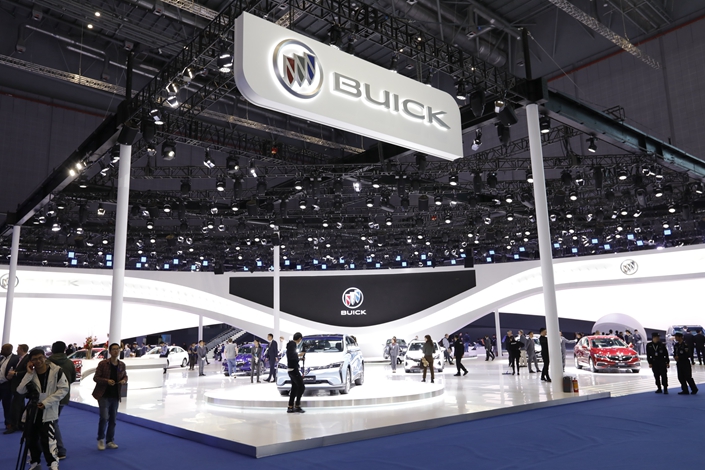 One of China’s top carmakers said it will continue to equip its vehicles with a type of engine that emits less pollution, even though it has been a drag on sales, as China has ramped up efforts to improve the fuel efficiency of gas guzzlers.

SAIC General Motors Corp. Ltd. (SAIC-GM) has placed three-cylinder engines in some of its recently launched vehicles, and has no plans to scale back on making such models, Deputy General Manager Shi Hong told reporters in a recent interview.

SAIC-GM is a joint venture between SAIC Motor Corp. and General Motors Corp. Ltd., which produces and sells vehicles under the Chevrolet, Buick and Cadillac brands in China.

The use of three-cylinder engines aims to meet increasingly stringent domestic fuel efficiency and emission regulations, said Li Jun, a professor in the department of automotive engineering at Tsinghua University.

China has rolled out stricter emissions standards that took effect on July 1 in most of the country. The standards aim to cut polluting emissions from new vehicles by about half of the previous threshold.

The government has not placed restrictions on the use of four-cylinder engines. To meet the target, automakers have ramped up efforts to improve the fuel efficiency of their engines or have pivoted to produce more new-energy vehicles.

The tougher standards have resulted in an enormous inventory of vehicles that no longer comply with domestic regulations. As many as 3 million noncompliant vehicles were still sitting on dealer lots across the country in June, according to the China Automobile Dealers Association, an industry group.

Car dealers have cut prices to clear the inventory. In June, China’s car sales rose 4.9% year-on-year to 1.8 million, the first sales increase since May 2018, according to data from the China Passenger Car Association.