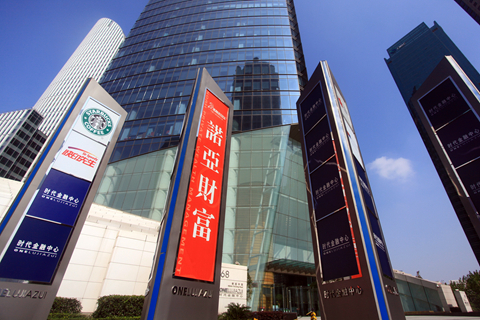 Lo was detained by Shanghai police June 20, according to a filing with the Shanghai Stock Exchange by Jiangsu Boxin. Sources told Caixin that Noah reported Lo to police on allegations of fraud.

In the lawsuit, Gopher Asset Management Co., a subsidiary of Noah Holdings, said two companies controlled by Lo failed to fulfill their obligations under an equity pledge agreement signed June 19.

Gopher signed the equity pledge agreement with China Base Group Ltd. and two other companies based in Guangdong, all controlled by Lo. Under the agreement, the two Guangdong-based companies were supposed to buy back the equity pledged to Gopher worth 4.25 billion yuan. But due to a serious debt default, the two companies failed to meet the repurchase obligation, according to the court filing.

Gopher said in its complaint that it’s entitled to dispose of all or part of the pledged equity to compensate for the debt owed by China Base and Lo. The compensation required includes 4.14 billion yuan of principal as well as interest since June 19.

Lo has been using the two Guangdong-based companies and others as financing platforms since 2015, raising funds through selling asset management products backed by accounts receivable involving e-commerce giants JD.com and Suning.com.

JD.com denied involvement in the fundraising and accused Camsing of falsifying business contracts of the accounts receivable, although it said Camsing is a supplier of JD.com.

Lo pledged all of the 62.83% stake of Camsing she holds through China Base to Noah Holdings on June 19, the day before she was detained, according to a filing with the Hong Kong Stock Exchange.

Camsing’s Hong Kong-listed stock plunged after Lo was detained. On July 8, the stock tumbled more than 80%.

Trading of Camsing shares was halted last Friday. The company said in a statement that two of its bank accounts that belong to subsidiaries in the mainland were restricted without any notice from regulators.

Camsing also said Chinese police recently raided Lo’s office in Guangzhou and seized documents, including most of the accounting records related to the company’s operations.