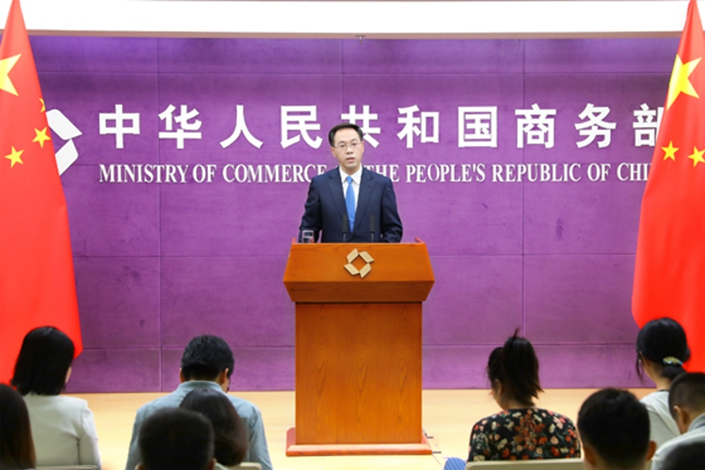 Chinese and U.S. negotiators will hold another round of trade talks in Shanghai on Tuesday and Wednesday, Gao Feng, a spokesperson for the Ministry of Commerce, confirmed Thursday at a press conference.

The announcement (link in Chinese) followed a statement from the White House Wednesday that said Chinese Vice Premier Liu He will lead a Chinese delegation to negotiate with U.S. counterparts led by Trade Representative Robert Lighthizer and Treasury Secretary Steven Mnuchin.

In June, Chinese President Xi Jinping and U.S. President Donald Trump agreed to a trade truce during the G-20 Summit in Osaka, Japan, when Trump promised not to impose threatened additional tariffs on $300 billion worth of Chinese goods for the time being. Trump also eased restrictions on telecom-gear maker Huawei’s commercial activities with U.S. companies.

While trade negotiators have remained in contact and have spoken on the phone, the upcoming meeting will be the first time that Chinese and U.S. negotiators have officially held talks since the stalemate in May.

The U.S. promised earlier this month to offer more tariff exemptions on certain Chinese products, including medical equipment and electronic components. Beijing, on the other hand, has also allowed Chinese companies to apply for duty exemptions on U.S. goods.

Gao said that the State Council will study some local companies’ applications for tariff exemptions on certain agricultural products imported from the U.S., and summon experts to review the applications.

“To better satisfy the demands of the domestic market, some Chinese companies are willing to continue to import certain agricultural goods from the U.S., have inquired about prices from U.S. suppliers, and will sign commercial contracts,” Gao said.