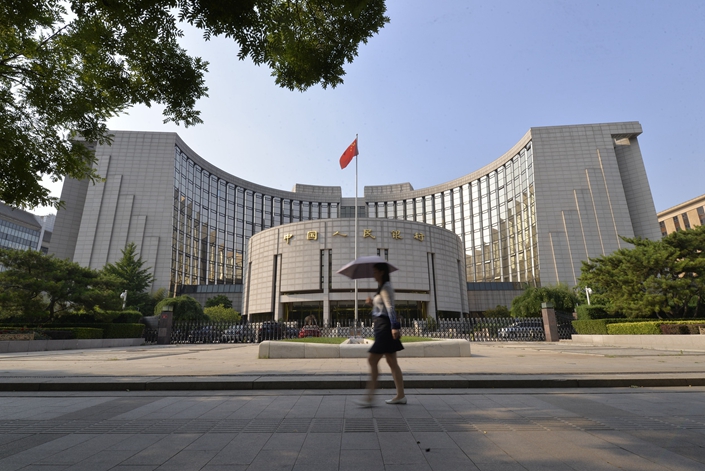 The People’s Bank of China has instructed banks to control growth in mortgage loans to homebuyers. Photo: VCG

(Beijing) — China’s central bank has told commercial lenders to provide more medium- and long-term credit to manufacturers and private companies and to control property loans, as the nation’s top leaders ruled out any short-term stimulus for the real estate market as part of measures to cushion the slowdown in economic growth.

The People’s Bank of China (PBOC) instructed banks to control growth in mortgage loans to homebuyers and strengthen oversight of financing for highly leveraged large developers, noting that lending to property companies still accounts for an excessive proportion of overall credit. The central bank gave the orders at a meeting in Beijing on Monday that focused on the adjustment and optimization of banks’ credit structure, according to a statement posted on its website on Wednesday.

The directive came on the eve of a meeting of the Politburo, a decision-making body comprising the Communist Party’s top 25 officials, to discuss the economy and policies for the second half of the year. Although the leaders called for more efforts to stabilize the economy and vowed to support growth by expanding demand and infrastructure projects, they declared that there would be no stimulus coming via the property market.

The statement put an end to growing speculation that the government would relax curbs on real estate, which began almost three years ago in an effort to rein in runaway residential property prices. Property investment has in the past been a major driver of economic expansion and during previous periods of downward pressure, policymakers have eased controls to stimulate growth.

This is not the first time this year that banks have been told to adjust their lending. In June, the State Council, China’s cabinet, also called for more credit to flow to the manufacturing and services sectors and told banks to ensure that their outstanding loan balances to the manufacturing industry were significantly higher than last year.

The government’s concern is underscored by official data that shows growth in investment in the manufacturing sector decelerated further in the first half of the year, slowing to 3.0% compared with 6.8% in the same period in 2018 and 9.5% for the whole of 2018. The annual reports of China’s big-four state-owned commercial lenders also show that their outstanding loans to manufacturing companies declined in 2018, with China Construction Bank’s loans down 4.45% and Industrial and Commercial Bank of China’s 3.26% lower.

Although China’s total social financing (TSF), the broadest measure of credit and liquidity to the economy, was 2.26 trillion yuan in June, 772.3 billion higher than a year earlier, the growth came from trust lending and bonds issued by local governments, which means funds are still flowing into real estate and infrastructure projects, brokerage Guotai Junan Securities Co. Ltd. said in a report.

Following the Politburo’s reiteration that homes are for living in not speculating on, PBOC officials said at the meeting that banks must maintain a reasonable and moderate growth of personal housing loans and reiterated that offering consumer loans that are in reality used for the purpose of buying a property is strictly forbidden.

An official in the credit department of a shareholding bank told Caixin that lenders’ risks are too concentrated in the real estate industry, with some banks holding 60%-70% of their assets in the sector. Excessive lending to the property industry has had a crowding out effect on the manufacturing sector, leaving less money available for manufacturers.

The PBOC has also told banks to continue supporting small and micro enterprises and increase credit support for key areas and weak links in the economy, such as the services sector, rural revitalization and poverty alleviation.