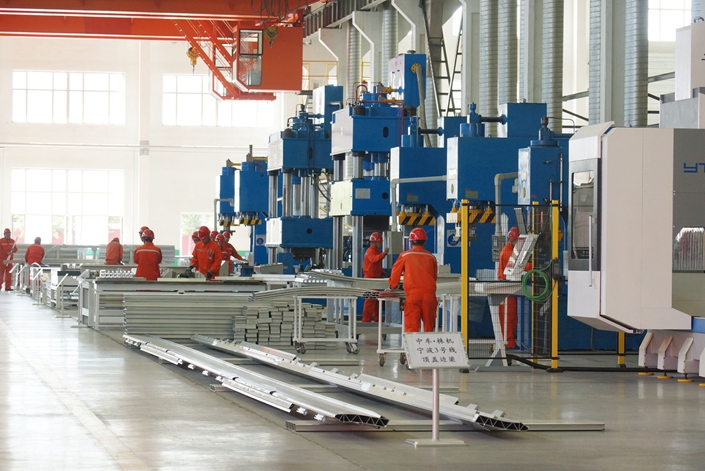 Aluminum-products maker China Zhongwang Holdings Ltd. said its business is operating normally and it doesn’t believe U.S. allegations that it evaded nearly $2 billion in anti-dumping tariffs have had any material impact on the company.

The latest clarification statement issued on Sunday by Zhongwang did little to ease the nerves of investors spooked by the indictment last Wednesday from the U.S. Attorney’s Office in Los Angeles. The company’s Hong Kong-listed shares fell nearly 8% in Monday trade, and have now lost more than one-quarter of their value since the indictment was first revealed.

In its latest statement the company, whose products include aluminum used in door and window frames, said it still has yet to receive formal notification of the charges against it.

“As at the date of this announcement, the board does not believe that the alleged proceeding has had any material adverse impact on the business operations or the financial condition of the group,” it said. “The company continues to operate as normal.”

The U.S. Attorney’s complaint alleges that Zhongwang used transactions with a series of related U.S.-based companies to avoid anti-dumping tariffs that were imposed on certain aluminum products in 2011. The U.S. imposed tariffs as high as 407% that year to target aluminum extrusions that included Zhongwang’s main products.

The company’s U.S. sales dropped sharply in 2011 year to about 404 million yuan ($57 million) after the new tariffs were levied, accounting for about 4% of its total sales. But then U.S. sales bounced back sharply over the next five years after that, reaching about 1.67 billion yuan each year, or around 11% of total sales.

The U.S. attorney’s indictment alleges that Zhongwang’s aluminum extrusions were disguised as pallets during their shipment to the U.S. after the anti-dumping tariffs were applied, qualifying them as finished goods that were not subject to the tariffs. The company and its founder, Liu Zhongtian, are accused of orchestrating bogus sales of 2.2 million such imported pallets between 2011 and 2014, which were actually stockpiled in Southern California because there was no demand for them. The indictment says the company evaded $1.8 billion in tariffs through such actions.

Liu and the company would direct that aluminum melting facilities be built and acquired to reconfigure the pallets into a form with commercial value, according to the indictment.

An industry expert said that Zhongwang’s profit margins have been unusually high compared with some of its peers. Its margins have varied between 18.3% and 40.6% in recent years, and are now around 33%.

Zhongwang was founded by Liu, now 55, in 1993 in Northeast China’s Liaoning province. The company raised $126 million through a 2009 initial public offering in Hong Kong. Liu gave up his title as Zhongwang’s CEO in 2016, and a year later gave up his chairman’s title as well. But he still holds 74% of the company.

Liu is also one of China’s richest people, making regular appearances on Forbes annual lists of the richest Chinese. The year of Zhongwang’s listing he was worth an estimated 25.9 billion yuan, making him China’s eighth richest man that year. Liu is believed to live in China. The lack of an extradition treaty between the U.S. and China means the U.S. has no legal authority to request his arrest to face trial in the United States, a legal expert told Caixin.