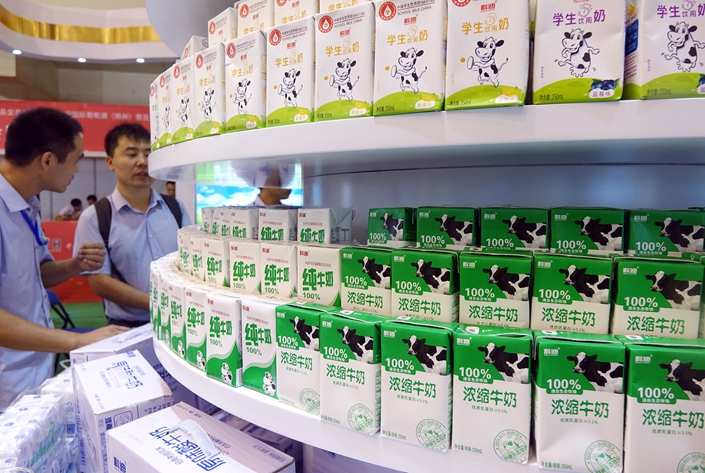 A struggling dairy firm in Central China’s Henan province said it is getting assistance from its local government, as farmers that supply it with milk clamor for back pay and the Shenzhen stock exchange seeks details on its plans to return to health.

Responding to the growing chorus of calls, Henan Kedi Dairy Co. Ltd. issued a statement to the Shenzhen stock exchange on Monday, the same day its Chairman Zhang Qinghai held a meeting to discuss the company’s situation with some of its dairy farmers. In the announcement, Kedi said it expects to receive assistance from its local government in the city of Shanqiu. It added the government is accessing a provincial-level fund with 2 billion yuan ($284 million) to provide such assistance.

Facing cash shortages and unable to obtain bank loans without collateral, many publicly listed Chinese firms like Kedi have been using their company shares as collateral to obtain such loans to finance their operations. But as their stocks have sagged, some of those companies had to hand over more shares or cash to compensate lenders for falling prices.

Kedi’s shares are down about 20% so far this year, including a 16% slide since the start of this month, as its troubles mount. The company’s parent, Kedi Group, owns about 44% of the listed Kedi’s shares, and has pledged nearly all of that as collateral, according to the company’s financial reports on 2018.

The company’s situation started to deteriorate in July when many of its suppliers started asking for payments owed to them, according to one of those dairy farmers. The supplier said that after 2017, Kedi could no longer pay them on a monthly basis, and instead would only give some payments for “urgent requests.” At the end of last year it even stopped that practice, the supplier said.

The supplier added that more than 1,000 people were owed wages totaling 140 million yuan. Many of those had tried to contact the company’s chairman, but without results. Caixin tried to contact Zhang by phone on Monday but was unable to reach him personally.

In its Monday request to the company, the Shenzhen stock exchange asked Kedi for comment on its pledged shares situation, as well as how the local government’s assistance would ease its liquidity risk, among other things. It also asked for clarification on any potential plans to halt production and salary and other benefits owed to employees

Zhang also held a meeting with some of the company’s dairy farmers on Monday, where he discussed how it was dealing with wages owed and potential government assistance. One of those dairy farmers at the meeting, which lasted about an hour, said Zhang looked weary and didn’t speak loudly.

In 2018 the company had liabilities of nearly 1.6 billion yuan, including 1.2 billion yuan in short-term borrowings.