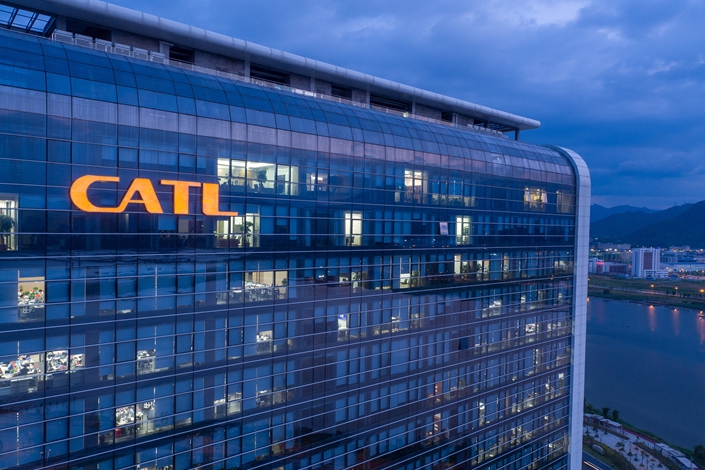 The Shenzhen-listed company increased its market share to 67% in July, up from 49% the previous month, while the share held by its nearest rival BYD Lithium Battery Co. Ltd. fell to 12.5% from 16.8%.

Founded in 2011, Fujian-based CATL has built its clout in the battery industry by riding on the back of China’s decadelong electric car boom.

BYD is one China’s largest electric-car makers, and while it has been seeking external clients the batteries it makes are still primarily used for its own vehicles.

CATL’s month-on-month surge in installed capacity is largely due to increased orders by manufacturers of electric buses, which have scrambled to forge deals with battery-makers in the run-up to a massive subsidy cut in early August.

Years of generous handouts have built China into the world’s largest electric car market, but Beijing has announced it will phase out industry subsidies completely by the end of next year.

The latest phase of that policy, in effect from June, slashed subsidies for electric passenger vehicle manufacturers by 50%. This month the same cut will come into effect for manufacturers of electric buses.

BYD, which initially pursued battery production in order to secure its supply chain, ramped up efforts last year to sell batteries to other automakers to broaden its revenue sources. Last month the company announced it had formed a partnership with Japanese automaker Toyota to cooperate on areas including electric car batteries.