By Han Wei and Yue Yue 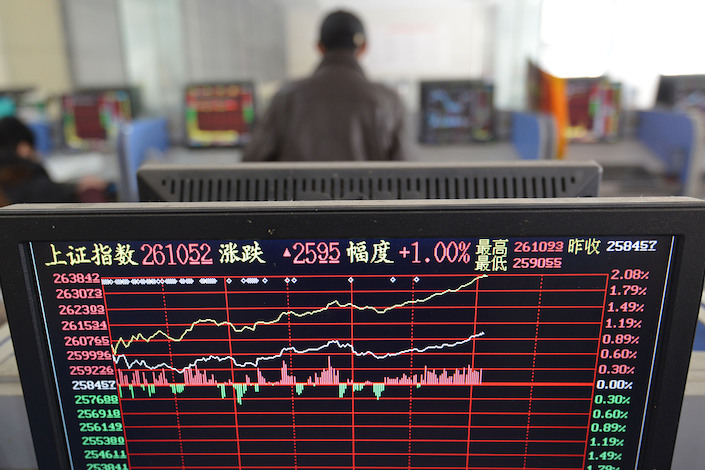 Regulators imposed a series of curbs on stock-index futures during the 2015 market crash but has loosened them since 2017. Photo: VCG

The comment by the China Securities Regulatory Commission (CRSC) followed a report by Bloomberg that China is mulling a major overhaul of its futures market that would give global investors “unprecedented access.”

Regulators are discussing changes such as scrapping quota requirements on foreigners to trade equity-index and commodity futures, as well as launching a new range of products in hopes of attracting more inflows from abroad, Bloomberg reported, citing people familiar with the matter.

The CSRC denied the report in a brief statement (link in Chinese) published on its website saying there is “no such plan at the moment.”

But the commission pledged to continue opening the commodity futures market and offer more varieties of contracts at a “steady pace” as the country seeks to improve the quality of the market to better serve the economy, “rather than simply attract more overseas capital inflow,” the CSRC said in the statement.

China will launch a new specific rubber futures contract Aug. 12 and open trading in it to foreign investors, the CSRC said. Since last year, China has granted foreign investors access to contracts including crude oil, iron ore and purified terephthalic acid, also known as PTA, used in making polyester clothing and plastic bottles, as part of the government’s commitment to open up the financial markets.

Under current Chinese rules, overseas investors can trade the stock-index futures only through the Qualified Foreign Institutional Investor program or its yuan-denominated sibling, the Renminbi Qualified Foreign Institutional Investor program. They are allowed only to conduct hedging transactions, whose primary purpose is to avoid losses rather than acquire gains.

Stock index futures are widely used elsewhere for investors to hedge bets on stock markets. However, Chinese regulators have put stock index futures trading under tight control since the 2015 stock market crash as the product’s use by domestic and foreign short-sellers was believed to have worsened the market decline.

The restrictions quickly led to a plunge in the trading volume of futures. After the market stabilized in 2017, regulators have eased restrictions multiple times. Yet investors have complained that progress has been insufficient to allow them to make full use of the tool.

The most recent rule changes were made in April when the Shanghai-based China Financial Futures Exchange raised the daily trading limit on stock-index futures and lowered the commission charge and one of its margin requirements.

In March, China’s central bank Governor Yi Gang said it would be a major task for the country’s financial regulators this year to ensure that domestic and foreign investors have access to sufficient hedging tools to effectively manage risks.

China has been gearing up efforts to invite more overseas participants into the domestic financial markets with measures to ease limits on foreign investors’ access and the inclusion of domestic equity markets in major global indexes. But there are lingering complaints by foreign investors about the insufficiency of hedging tools in China as well as regulatory limits.

Foreign institutions and individuals held about 3% of China’s domestic stocks and 2% of bonds at the end of March, according to the People’s Bank of China. They have often used overseas futures contracts and other derivatives to hedge their risk exposures.

Lin Jinbing contributed to the story