In Depth: Baidu Plays Catch Up on Mobile With Super App 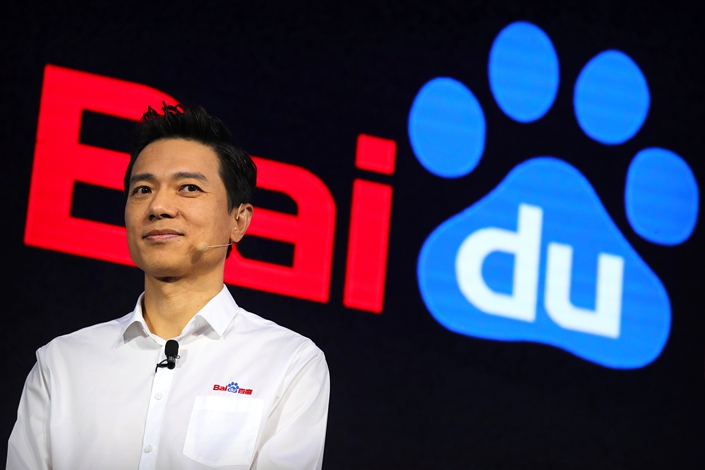 Zhang Ping, an advertising manager of a Shenzhen-listed firm, once spent a sizeable chunk of his company’s advertising budget on search giant Baidu Inc. But from the middle of last year, Zhang — who spoke on the condition we change his name — started splitting that between Baidu and ByteDance.

Like Zhang’ employer, many advertisers have increasingly cut back spending on the Chinese internet search giant and favor companies like ByteDance, whose major offerings include an in-feed news aggregator.

With Chinese people transitioning from PCs to smartphones to access the internet, Baidu has struggled to stay relevant in an era where apps dominate. For the first time in nearly 15 years, the New York-listed firm reported its first quarterly loss during the three months to March.

The quarter’s net loss of 330 million yuan ($47 million) was largely down to spending on a high-profile marketing campaign during China’s national broadcaster’s Lunar New Year gala in a bid to lure more users to the quite literally named “Baidu App.”

Baidu was once a third of the powerful triumvirate that ruled China’s internet. It was the “B” of the so-called “BAT” companies — alongside Alibaba and Tencent — back when users mostly accessed the internet using PCs or laptops.

But these companies, all founded around the turn of the millennium, have had very different fates. While Alibaba and Tencent continue to rule their respective domains — ecommerce and social media respectively — Baidu is scrambling to compete.

In interviews with industry insiders, one year kept coming up again and again: 2013.

That was when Tencent bought a stake in the smaller search engine Sogou Inc. and its WeChat messaging app reached a milestone of 300 million users. Meanwhile Alibaba invested in the country’s dominant microblogging site Sina Weibo.

The moves paved the way for the two companies to build up their own app ecosystems, creating a so-called “Tencent Camp” and an “Alibaba Camp.” Within each, sharing content with Baidu was effectively banned.

Baidu tried to do the same by pushing into apps. In 2013 it paid $1.9 billion to acquire 91 Wireless, a subsidiary of NetDragon Websoft — which ran two of China’s biggest app distribution platforms.

The deal sent shockwaves through China’s internet industry at the time. The plan for Baidu was to become a dominant force in app distribution, said an individual in charge of an internet company’s marketing department.

But Baidu’s plans were scotched by the rise of Chinese handset-makers, who quickly dominated app distribution to users of their own smartphones. 91 Wireless eventually shuttered amid fierce competition. One industry insider said the problem was that unlike Google, which owns Android, Baidu found it hard to retain users because it didn’t have an operating system of its own.

The search giant again rallied when online-to-offline and on-demand services took off, rolling out a series of apps intended to hook more users into its ecosystem. But these efforts were defeated by the dramatic rise of dozens of startups in every vertical of the internet, such as Didi Chuxing in ride-hailing and Meituan Dianping in food delivery.

The rise of ByteDance

Baidu missed the boat on the mobile internet revolution, reckoned one Baidu employee with more than 10 years of history in the company. “The biggest regret, however, is the missed opportunity in the area of in-feed news — this is the area that has come under Robin Li’s radar,” he said referring to Baidu’s founder and CEO.

At the time, the country’s information distribution sector was ruled by several news portals operated by companies including Sina, Tencent and Sohu. Baidu had been acting as a gateway for users to access such sites thanks to its dominant position in searches.

When a Beijing-based company founded by Zhang Yiming launched a news aggregator app called Toutiao in 2012, Li didn’t think much of its model — which used a machine-learning algorithm to distribute targeted feeds to users.

When the app’s operator ByteDance was seeking early rounds of fundraising, Li told his friend Zhang Lei, founder of Hillhouse Capital, not to participate, according to a source familiar with Baidu’s development.

That came after Baidu’s failed attempts to get a similar algorithm-driven news distribution program off the ground. At the annual Baidu World Technology Conference in 2013, the company unveiled a new laptop search page with several new sections, including “real time news.”

But the plan was quickly abandoned after Baidu found the added sections didn’t complement search traffic — on the contrary, they split the users’ focus, sources close to Baidu told Caixin.

Baidu finally adopted an algorithm-based distribution model in 2016 when Toutiao already had more than 50 million daily active users. Since then, it has embedded a similar service in its main search app, where a news feed based on users’ reading habits and keyword searches is shown under the search bar.

At the end of March, Baidu App had 174 million daily active users, up 28% year-on-year, according to the company’s first quarter financial report.

That gain in users for the first quarter came after the company spent a staggering 1.9 billion yuan on a marketing campaign that was part of China’s most-watched annual television show, China Central Television’s Lunar New Year Gala. To put that in context, Baidu’s total revenue for the quarter was 24.1 billion yuan — and more than 70% of that was from the Baidu Core segment, including search, feed and cloud.

The purpose of the costly marketing campaign was to convince users that Baidu App is an “all-in-one app” that allows users to do a series of services all at the same time — search, watching short videos, reading headline news and making direct purchases from mini programs inside it, Li said in a conference call to investors in May.

Its rollout of the short-video service — dubbed Haokan, and which users can also access through a standalone app — came after ByteDance’s Douyin became hugely popular among young Chinese people in 2016. Known outside China as TikTok, the app allows users to upload short videos, and allows them to lip-sync along with popular songs and audio clips.

After the TV campaign, the daily active users for Baidu’s Haokan service rose 768% to 22 million, the company said. But that was nevertheless a fraction of ByteDance’s Douyin, which claimed to have more than 200 million active daily users in China by the end of October.

Baidu’s forays into the mini program model in July 2018 followed Tencent and Alibaba pioneering the technology in 2016. The applets, which are small in size and can run instantly on an app’s interface, allow users to access the services without installing additional apps.

Ping Xiaoli, general manager of Baidu App, told Caixin in an interview she is confident that Baidu’s Smart Mini Program could give the company an edge to gain more users. She sees the “super app” model as the future of the internet.

Baidu is generally seen as holding more than 80% of the Chinese language internet search market. But even this key strength in search is facing new challenges.

ByteDance revealed it was entering the search business this month when it announced it was recruiting talent to build “from scratch a general search engine for all internet users.” And Tencent has also ramped up efforts to build an in-app search function for WeChat, China’s most popular app, which boasts a monthly active user base of more than 1 billion.

ByteDance and Tencent’s moves into search could be a big threat to Baidu, given the two companies’ large user base as well as their pole position when it comes to attracting eyeballs online, analysts said.

Of the total time spent on Chinese mobile apps by Chinese users for the first quarter of the year, 13.3% was devoted to apps developed by ByteDance, up from 12.7% from last year, according to Shenzhen-based data tracker Jiguang. Baidu’s 3.3% compares poorly, and withers further against Tencent’s 43.2%.

A previous version of this story incorrectly characterized Alibaba’s relationship with Sina Weibo. Alibaba is only an investor in the company.