Editorial: Reflections on Corporate Governance After the Fall of Policy Bank's Chief 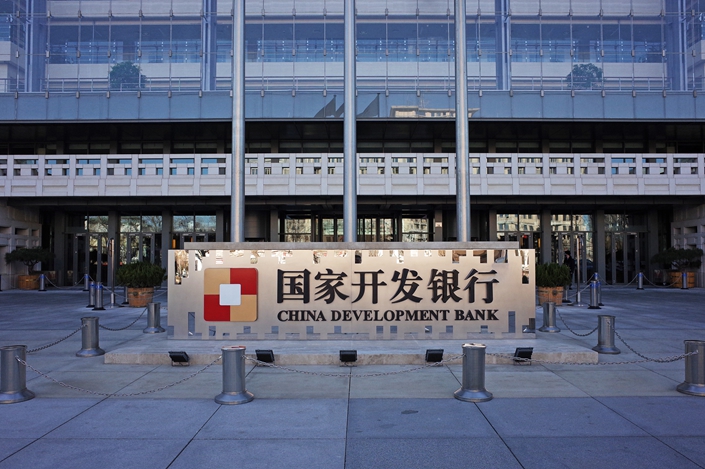 New progress has been made in the anti-corruption campaign in the financial sector. Recently, Hu Huaibang, the former chairman and party secretary of China Development Bank (CDB), was placed under investigation for corruption. Apart from his personal misdeeds, the case also exposed the huge loopholes in the bank’s internal governance mechanisms, which were being controlled by insiders. In financial anti-corruption, it is vital to “beat the tigers and swat away the flies.” More importantly, it is necessary to improve the corporate governance of state-owned financial institutions and guard against the bad atmosphere of arbitrary actions from the top leaders.

Hu’s case is particularly striking for a few reasons. First is the special status given to the CDB: It is the largest financial development institution in the world, and also plays an important role in China’s macroeconomic regulation and control. Second, the case presents new details of how the heads of state-owned financial institutions, local officials and illegal entrepreneurs form a “golden triangle” of converging interests. Hu’s state-run bank has long suffered from confusion in management and failure of internal controls, as well as frequent violations of “blood transfusions” to troubled enterprises such as CEFC and Bank of Hainan, resulting in large debts and financial risks, from which Hu directly profited. Such legal violations have caused controversy within the CDB but ultimately caused huge losses. People can’t help but ask how he was able to continue with his corrupt practices. He changed entire processes within the bank, making the internal oversight mechanisms redundant. He created a wide range of false posts, pulled up his supporters and weaved personal networks through great shifts in human resources. Despite careful moves, the technique is not fresh at all. Moreover, as early as more than a decade ago, the CDB established a corporate governance structure including general meetings for shareholders, the board of directors, the board of supervisors, and the senior management. It also formulated the Statutes for the China Development Bank Co. Ltd., the procedural rules for the shareholders’ general meeting, the rules of procedure for the board of directors meeting, and the rules for the meeting of board of supervisors, and so on. However, under Hu, we hardly saw the role of the board of directors at the CDB, which was a very strange thing — opinions that differed from the president’s were simply brushed away. Obviously, the internal governance mechanisms at the bank had major problems, and the reasons are not complicated: the investors of the state-owned financial institutions were just puppets, and the chairman of the board of directors, who was also the secretary of the Party Committee, was the sole authority. The so-called modern enterprise system with clear power and responsibilities, with separation of government and enterprise, easily became empty words. The corporate governance system at the core of the modern enterprise system was reduced to a “straw man.”

When discussing Hu, it is easy to associate him with Lai Xiaomin, the former chairman of Huarong Asset Management Co. Ltd. Both were senior supervisory officers, and Hu was also a member of the disciplinary committee. Yet they both had problems while at the head of state-owned financial institutions. Why did they turn from the official duties of these position? In addition to personal factors, the lack of supervision and restriction of their power is undoubtedly a hotbed for feeding personal expansion in an unbridled system. The smooth “revolving door” between the regulatory authorities and state-owned financial institutions has brought the two sides together and has become a broker of resource integration between power and the markets.

The global financial crisis showed that internal governance mechanisms in financial institutions is a world-wide problem, and no model is perfect. However, for this reason, it is urgent to follow up and learn from best practices so far. Four years ago, China ratified the G20/OECD Principles of Corporate Governance. The board of directors is subject to the fiduciary duty and is solely responsible for the enterprise; the manager is entrusted by the board of directors to work independently within the scope of authorization — this is the basic spirit of the provisions of the principles. This arrangement clearly stipulates the relationship among the shareholders, the board of directors and the managers. It shows that the owner of the enterprise should also empower the board of directors in its management of the enterprise, while the manager may act independently after authorization by the board of directors. However, in China, the implementation of this principle is unsatisfactory. We have always firmly advocated that the level of corporate governance of Chinese companies should be measured by international standards. China’s state-owned financial institutions have their own specific conditions. However, what country does not have specific conditions? No matter how “special” Chinese financial institutions are, they are not so special that they can ignore the valuable experience accumulated by their global counterparts through long exploration. Less than 30 years since the goal of systemic economic reform was defined as a “socialist market economy,” China should adhere to openness in corporate governance and stick to it consistently.

In recent years, China has taken some unique actions in corporate governance, especially for state-owned and state-owned holding companies. We hope they can produce good results. To look at these actions, we should adhere to the ideological line that “practice is the only criterion for testing reality” rather than proceed from transcendental ideas and principles. China’s actions in corporate governance will not only affect the competitiveness of Chinese enterprises, financial risk prevention and the struggle against corruption, but will also affect the global perception of China.

The cases of Lai Xiaomin, Hu Huaibang, and other leaders of financial institutions, including a series of previous cases involving senior financial regulators, should make us feel ashamed. As Marx wrote, “Shame is a kind of anger which is turned inward. And if a whole nation really experienced a sense of shame, it would be like a lion, crouching ready to spring.” We must take Hu’s case as an opportunity to pay attention to and improve the corporate governance of state-owned financial institutions as soon as possible — the only rational action after our anger.