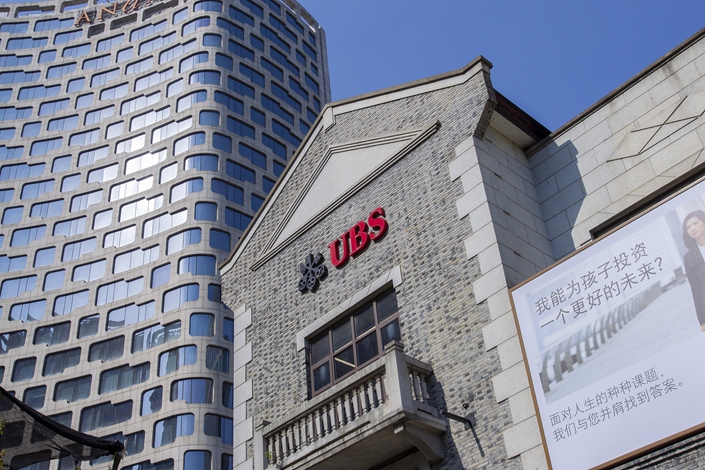 Developing the Chinese domestic market is seen as one of the biggest challenges facing foreign financial institutions. Photo: VCG

It’s one thing for China to announce policies that will further open up its financial market, but it’s quite another to fully implement those policies in a way that allows foreign institutions to really operate with confidence and trust.

On July 20, a set of 11 measures to further open up China’s financial services sector were unveiled.

The “new 11 measures,” as they were named by the market, will, when implemented, lower the barriers to entry for foreign capital, result in the issuance of more licenses to foreign firms and raise the shareholding upper limit for foreigners.

But the reaction overseas has been mixed. Professional services firm Ernst & Young Global Ltd. wrote in a recent report (link in Chinese) that there is still a lot more reform to come. “We note that the reform to open up China’s financial service industry is an ongoing evolution and is not over yet,” the report said.

Over the years, foreign financial institutions have had a tough time in China. In order to operate in the country, they were often legally required to partner with a local firm. But differing views between Chinese and overseas firms, and constant infighting among senior management mean that few foreign institutions have achieved what they hoped for and there has been a constant desire for further reform.

Some Chinese executives share this goal. Tu Guangshao, former president of China Investment Corp., China’s sovereign wealth fund manager, said at a recent industry event: “Opening-up and reform need to be connected. Merely opening up without reform means the effects of opening-up may be compromised.”

Easy to enter, not so easy to survive

China has already brought forward to next year the date on which shareholding limits for foreigners in securities firms, mutual fund firms and futures companies will be abolished. But a nonbanking analyst at a Beijing-based securities firm told Caixin that Chinese shareholders are unlikely to give up their controlling stakes in joint ventures easily, and will probably require special arrangements that take into account their interests. Moreover, the process of getting regulatory approval to take over these ventures won’t be quick either.

“The first priority for foreign firms should be to obtain 51% of equity of the joint ventures, followed by acquiring more stakes from small shareholders, with the aim of eventually making them wholly foreign-owned subsidiaries,” said the analyst, who pointed out that every one of these steps is likely to be littered with obstacles from the regulators, other shareholders and their parent companies.

Often, the first and foremost challenge to operating in China is strictly following the country’s regulations. Clare Zhao, general manager of Vanguard Investment Management (Shanghai) Ltd., mutual fund giant Vanguard Group Inc.’s wholly-owned subsidiary in China, recently stressed at an industry event that it is imperative for foreign institutions to adapt to China’s local environment. Everything needs to be locally tailored, including risk control, compliance and network security. She said that foreign institutions need to take some time to balance their own requirements and those of local regulators.

One issue raised in another Ernst & Young report (link in Chinese) is that China’s financial market is regulated by rules unlike those that foreign institutions are used to following in other markets, and therefore warping their own business and technology systems into “China mode” could pose a significant challenge.

A staff member at an overseas financial institution told Caixin that data security is a major concern. They understand that according to China’s Cybersecurity Law, all the data and information they collect in China must be physically stored in China. This could pose numerous issues when they try to share this data with their colleagues outside China.

One of the “new 11 measures” has drawn particular attention. It says that “foreign asset management companies will be permitted to establish majority foreign-owned wealth management joint ventures with subsidiaries of Chinese banks or insurance companies.”

Experts told Caixin that these ventures will be a completely new type of financial institution for China, which means regulating the new entities will be a challenge for policymakers. One experienced financial lawyer said that there will be many significant differences between these new ventures and existing wealth management subsidiaries of banks or mutual funds in terms of applicable laws, product approval, scope of investment, voting mechanisms and clearing. “Foreign wealth management institutions may have not seen these kinds of differences overseas, and it will make decision-making a lot more difficult in China,” she said.

Foreign institutions are also concerned about whether they will be subject to the same rules as their Chinese counterparts. The privately offered fund business has been at the vanguard of China’s opening-up of its financial sector to foreign institutions. As of the end of July, 21 wholly-owned subsidiaries of foreign hedge funds and asset management companies had registered as private fund managers with the Asset Management Association of China under a policy that allows them to invest in local bond and stock markets.

However, most of these foreign institutions have been very cautious. Some only issued bond-related products while avoiding equity-related products. Some have done little marketing. Some even haven’t launched a single fund. FIL Investment Management (Shanghai) Co. Ltd. controlled by investment firm FIL Ltd., the first of the 21 to be approved, has launched four funds since its registration nearly three years ago. Three of them are bond funds and one is a stock product. Li Shaojie, China managing director for FIL, said that “the most meaningful thing for our private funds is for us to learn and understand China’s securities market. Meanwhile, China’s investors can start to get to know FIL.”

A staff member at a foreign wholly-owned private fund said that a key aspect of this caution is the unfairness of the market at present. “At the moment (the 21) foreign wholly-owned private funds are not allowed to invest overseas, therefore we are not allowed to advise investors on global strategies. All our products are only allowed to invest within China,” he explains. “But local private funds don’t have such limitations, effectively putting us in a very unfair competition.”

This policy only applies to foreign institutions and could be popular, said one wholly-owned private fund manager whose parent company is based in the U.K. “But what does ‘eligible’ mean here? It’s not specified yet,” he said.

Another senior lawyer points out that in developed overseas markets, privately offered funds and mutual funds are not treated as differently as they are now in China. In many markets, both are categorized as part of the fund management sector and are viewed as part of a broader financial services industry. But in China, private funds are treated as nonfinancial institutions, which the lawyer said doesn’t make sense.

Aside from meeting the requirements from the regulators, developing the Chinese domestic market is seen as one of the biggest challenges by foreign institutions.

Vanguard’s Zhao thinks finding talented staff is the biggest hurdle to long-term growth in China. “Foreign institutions wish to find someone ‘omnipotent’ in China, who not only understands foreign culture and languages, but also knows the Chinese market well,” she said.

But Guo Wei, who heads the China business of multinational asset manager Schroders PLC, admits that it’s very difficult to find such people. Usually foreign firms need to compromise either on the candidates’ English skills or their understanding of the local market.

If finding talent is hard, then retaining talent is close to impossible. Wang Linggang, who used to work for Deutsche Bank China Co. Ltd. and BlackRock Overseas Investment Fund Management (Shanghai) Co. Ltd., once observed in a paper that “most of the top talent on the market these days have already been scooped up by Chinese institutions.” The reasons for that, he explains, range from the fact that many outstanding Chinese executives are more likely to set out on their own rather than settle for the mediocre pay packages offered by foreign institutions.

There are numerous challenges at the operational level too. Cost accounting, business scope and communication between the local team and the headquarters are the biggest three issues, according to Zhong Xiaofeng, CEO of North Asia at Amundi SA, one of Europe’s largest asset management companies.

Winning market share from Chinese competitors has also been a daunting task because local institutions’ wealth of experience and knowledge provides them with a major advantage in finding channels for raising capital, marketing and brand awareness. On the contrary, foreign institutions are facing a largely unknown market, with far fewer local resources they can tap.

Lessons from the insurance industry

The experience of the insurance industry may be instructive for foreign firms eyeing China’s financial services industry, given that it is the part of the country’s financial realm most open to overseas participation.

At present, besides the 51% limit on foreign shareholding in life insurance joint ventures, almost all other parts of the industry are completely open. As of June last year, there were 71 foreign-invested insurance-related institutions operating in China, including 56 insurance companies, 14 insurance intermediaries and one asset management subsidiary.

The problem is, very few of them have shown promising growth potential in China. Around 30% of China’s insurance companies are foreign-invested, but these firms’ market share has never reached 10%, peaking at 9% in 2005. Only around 5% of the sector’s total premium revenue is generated by foreign-invested institutions.

Ownership structure and sales channels, according to some industry insiders, are the two main barriers that have hampered the growth of foreign insurance companies, which in turn have made it much harder for them to reach out to a large number of retail customers. Thus many foreign institutions heavily rely on customers from their own countries and the customers’ related companies.

What has happened to foreign insurance institutions over the years may well happen to other financial institutions backed by foreign capital. Just because all limits on foreign shareholding in financial firms are set to end next year doesn’t mean that from then on all foreign institutions will suddenly start to enjoy fast and healthy growth. Instead, there could be an uncertain or even painful period ahead, cautioned Hao Yansu, a professor at the Central University of Finance and Economics in Beijing. “Are local Chinese shareholders willing to withdraw? If not, or if they ask for a high price, how will foreign capital cope?” Hao said.