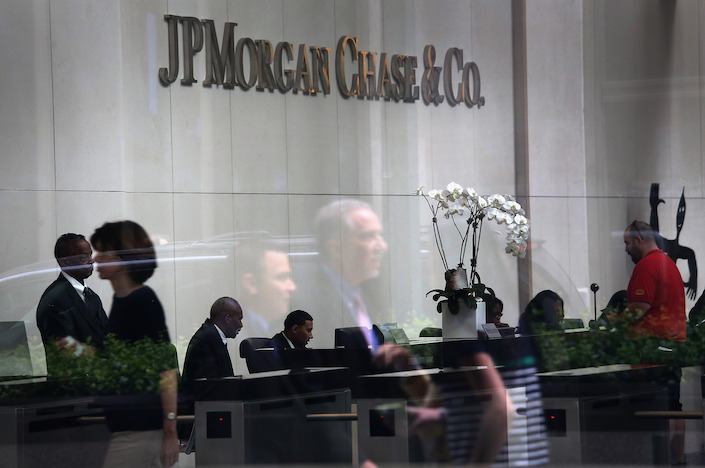 Escalating trade tensions have yet to slow U.S. financial institutions in moving to tap into China's financial service market. JP Morgan Chase & Co. confirmed Tuesday that it won a deal to make it the first foreign company to take control of a China-based fund management company.

JPMorgan acquired a 2% stake in Shanghai-based China International Fund Management Co., Ltd. (CIFM) from its Chinese partner, Shanghai International Trust Corp., in a public auction. That increased its holding in the joint venture to 51% from 49%. The deal still needs regulatory approval from China and the U.S., according to Dan Watkins, Asia Pacific CEO of J.P. Morgan Asset Management.

“We are looking forward to the next steps to proceed with this acquisition, working closely with our joint venture partners,” Watkins said Tuesday.

The deal grew out of China’s policy changes to further open its financial service sectors. It also came together in the face of flaring tensions between the world's two largest economies after President Donald Trump announced tariffs on an additional $300 billion a year of Chinese imports starting Sept 1. China pledged to fight back and allowed the yuan to decline. The Trump administration labeled China a currency manipulator.

Central bank Governor Yi Gang in April last year said the foreign ownership cap on domestic financial asset management companies would rise from 49% to 51% and be completely removed in three years. In July, the State Council issued a set of new rules with timetables to abolish caps on foreign ownership of securities companies, fund management companies, futures companies and life insurers in 2020, one year earlier than planned.

Shanghai International Trust, the majority Chinese shareholder of CIFM, put a 2% stake in the venture up for sale on the Shanghai United Assets and Equity Exchange, a document from the exchange showed on May 8.

JPMorgan Asset Management (UK) Ltd., the asset management unit of JPMorgan, won the auction with a bid of 241.3 million yuan ($34.3 million), the asking price set by the Chinese partner, data from the exchange showed.

The deal values the Shanghai venture at 12 billion yuan and represents about a 33% premium over an earlier valuation. Established in 2004, CIFM has registered capital of 250 million yuan. The company posted revenue of 1.15 billion yuan in 2018 with net profit of 336 million yuan, according to exchange filings.

Separately, JPMorgan is preparing to set up a new securities company with a 51% majority stake in Shanghai with Chinese partners including Shanghai Waigaoqiao Free Trade Zone Group and four other Chinese investment companies.

Nomura’s new venture put its top management team in place and expects to open for business by the end of this year, Caixin has learned. JPMorgan has also decided on top leadership for its new securities venture.