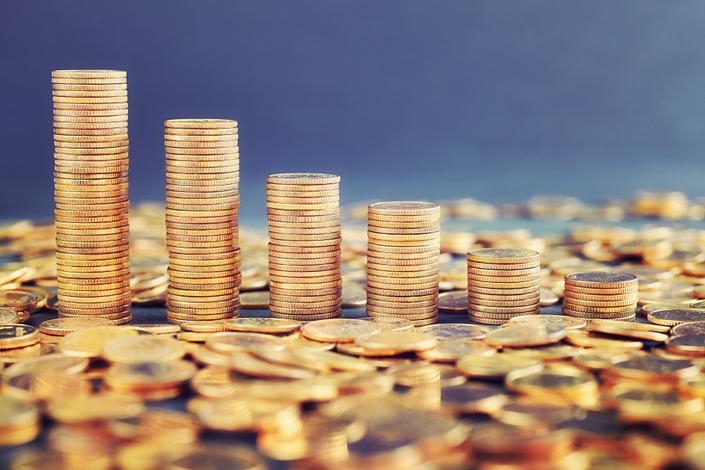 It’s unclear how many employees of Shanghai Zendai Investment have been let go. Photo: VCG

Laocaibao, a peer-to-peer (P2P) lending platform ultimately owned by private conglomerate Zendai Group, is the latest casualty of the troubles that have engulfed the scandal-hit industry over the past three years.

Laocaibao has stopped providing loans and Zendai’s investment and consulting arm, which directed clients to the platform, has fired employees, according to statements from the companies and investigations by Caixin.

The news first emerged on Monday when Dai sent an email to all staff informing them that Laocaibao was suspending new business because of “changes in government policies and the business environment,” sources close to the company said. Shanghai Huarui Bank, which acts as a custodian for funds raised from investors that are used for lending, abruptly terminated its cooperation with the platform leaving it without a custodian bank, Dai said in the email.

It’s unclear how many employees of Shanghai Zendai Investment have been let go. Some media reports said the firm employed thousands and that all were fired. Laocaibao acknowledged in a statement (link in Chinese) on its social media account Tuesday that some employees had had their contracts terminated but did not provide any figures, although it denied all its staff had been fired. It said it had made a “reasonable reduction” in its headcount due to the change in its business environment stemming from the suspension of new lending.”

Laocaibao confirmed in a statement on its website (link in Chinese) that it has stopped offering credit and said it was forced to do so because Huarui Bank terminated its cooperation with the platform. “It takes time to find new custodian cooperation, so, based on compliance requirements, the platform will stop taking on new business in the absence of a custodian service.” Laocaibao said it had also stopped taking in new funds from investors looking to lend money and suspended their ability to transfer their loans to others, but said investors would still be able to get their money back when the platform’s borrowers paid off their loans.

However, Caixin spoke to a senior manager at the Shanghai-based Huarui Bank, a privately owned bank set up in 2015, who denied that the lender had stopped acting as custodian.

The bank also put a statement (link in Chinese) on its website on Tuesday to address what it described as “false rumors” about its custodian business. It didn’t name Laocaibao, but denied that it would unilaterally terminate an agreement it had with an online lending platform and said cooperation would only be stopped before the expiry of a contract with the agreement of both sides. Even if a contract did expire, the rights of investors regarding repayment and withdrawal of funds would not be affected.

Laocaibao is the latest P2P lending platform to run into trouble in a scandal-plagued industry that’s been shrinking rapidly since the government tightened oversight in 2016 to curb abuse and fraud after billions of yuan of investors’ money was embezzled. The number of functioning P2P lending platforms has fallen dramatically over the past four years, and stood at 787 in July (link in Chinese), down from more than 3,000 in 2015, according to data compiled by Wangdaizhijia, a website focused on the P2P industry.

P2P is struggling to survive and some of the biggest industry players are restructuring or considering pulling out. Lufax Holding Ltd., which is controlled by insurance giant Ping An Insurance (Group) Co. of China Ltd., is reported to be preparing to ditch its P2P lending business, while Dianrong has said it’s planning a shift in strategy to focus on cooperating with traditional financial institutions rather than individual investors as the government tightens funding regulations.

Every P2P lending platform is required to hire a commercial bank to act as a custodian for the funds of investors who provide money that is subsequently lent out by the platform. The detailed regulation was introduced in 2017 to prevent the embezzlement of funds as part of a crackdown on the industry.

The news has caused concern among many investors who had lent money through Laocaibao and they descended on the company’s offices in Shanghai on Monday to find out more information. When a Caixin reporter arrived at the premises, dozens of investors were present and the company had already set up a clearing group made up of lawyers to register the loans they had made through the platform. Laocaibao’s managers told Caixin the group would issue a repayment plan in one to three weeks although investors may have to wait two to three years to get all their money repaid.

At the end of July, Laocaibao had nearly 5 billion yuan ($708 million) in outstanding loans to borrowers on its platform, according to its website. In his email to staff, Dai said that all the contracts between borrowers and lenders made on the Laocaibao platform were “real” and that lenders can continue to exercise their creditors rights.

The crisis at Laocaibao and concerns about the potential fallout prompted Shanghai Zendai Property Ltd., a Hong Kong listed company, to announce on Tuesday that it had no links or business dealings with Shanghai Zendai Investment and Dai had transferred his stake in the company in 2015 and no longer held any position at the listed firm.

Dai, who began his career as a fund manager, moved into property development in the early 1990s. He founded Shanghai-based Zendai Property in 1992 and expanded the businesses into finance, culture and the health industry. He gained a backdoor listing for the property company in Hong Kong in 2002 but sold his stake in 2015.