Exclusive: Alibaba to Buy Kaola Unit From NetEase for $2 Billion 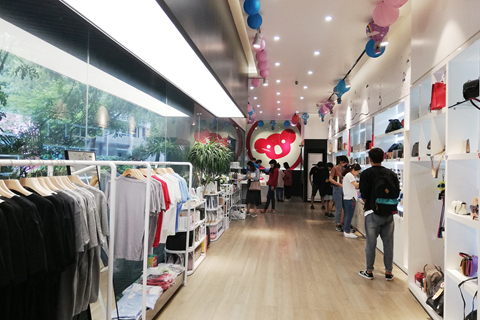 Alibaba Group Holding Ltd. has agreed to pay $2 billion in cash to acquire NetEase Inc.’s cross-border e-commerce platform, according to people familiar with the matter.

The two companies will also cooperate and carry out deals in other forms, the people told Caixin. Alibaba and NetEase declined to comment.

Launched in 2015, NetEase Kaola carries more than 9,000 brands from 80 countries including apparel, maternity and infant care, household appliances, personal care and other products. According to iiMedia Research Group’s research report, NetEase Kaola held a 27.5% market share in cross-border e-commerce in 2018 and Tmall Global, for 25%.

NetEase Kaola opened its first brick-and-mortar flagship store in Hangzhou in January and plans to open 15 more this year. It’s not clear whether the plan to go offline will continue after the acquisition.

Kaola has already cooperated with Alibaba’s logistics unit, Cainiao Network Technology Co. Ltd., which will take over Kaola’s warehouse business and will integrate with other cross-border e-commerce platforms, people from Cainiao told Caixin.

People from NetEase told Caixin earlier that a $2 billion price was “unacceptable” as Kaola’s inventory is worth more than $1 billion.

But Kaola has never turned a profit because of an aggressive subsidy policy to expand market share. Kaola has been seeking financing since late last year and reached out to several potential investors, including Amazon China and Alibaba.

Kaola was reportedly in talks to acquire Amazon China’s global shopping program, the service that allows China-based users to purchase items from Amazon sites abroad. But they never reached a deal.

Online games currently make up more than 60% of NetEase’s revenue, while e-commerce contributes less than 30%. NetEase founder and Chief Executive Officer Ding Lei has sought to boost the e-commerce business share to 40% of revenue, according to people close to the company’s senior management. With the sale of Kaola, it’s not clear whether NetEase will proceed with that plan.

Since early this year, NetEase has been carrying out widespread layoffs. The company said it conducted organizational restructuring to “further improve innovation ability and organizational efficiency.”

There are rumors of a possible merger between NetEase’s Cloud Music business and Alibaba’s Xiami music streaming service. Both companies have declined to comment.

NetEase’s Nasdaq-listed stock closed down 2.8% Thursday, but the shares jumped more than 7% in the five trading days since the company reported second-quarter earnings.

Meanwhile, Alibaba’s shares rose 3% Thursday after it reported a 43% increase in second-quarter revenue and a 56% gain in non-GAAP diluted earnings per share.