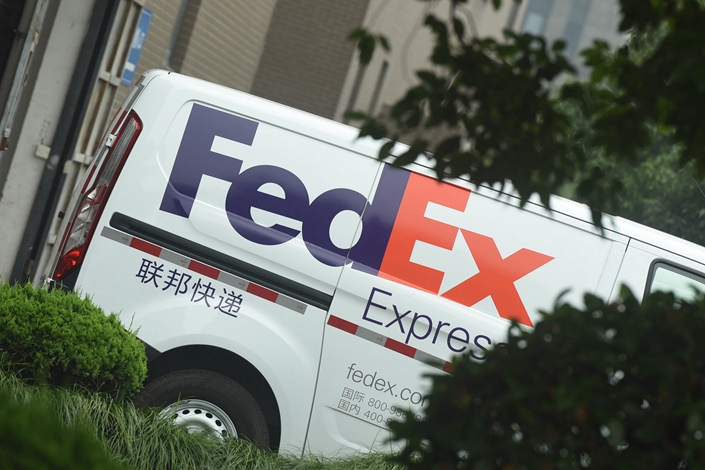 FedEx Corp. is being investigated in China after a handgun was discovered in a package it was shipping to southern Fujian province, marking a new setback for the American delivery giant that has been caught up in trade frictions between the world’s two largest economies.

The incident occurred in the city of Fuzhou, where the gun was found in a delivery from a U.S. client destined for a sporting goods company, according to a report from the official Xinhua news agency. The development was reported by the public security bureau in the provincial capital’s Jin’an district.

The gun was seized by Fuzhou police, according to the Xinhua report, which did not provide further details.

FedEx notified authorities about the shipment on June 14, the company said in a statement emailed to Bloomberg. “We take this matter seriously, and will continue to fully cooperate,” spokeswoman Davina Cole said in the statement which gave no other details.

FedEx has become one of the highest-profile companies to get caught in the middle of the U.S.-China trade war, which has seen Beijing and Washington levy tit-for-tat tariffs against each other’s products and the U.S. restrict the flow of some high-tech products to China. One of the biggest Chinese victims of those actions has been Chinese telecom equipment giant Huawei, which was banned by the administration of U.S. President Donald Trump from buying American high-tech components.

In early June, China launched an investigation into FedEx for allegedly misdelivering parcels sent from Huawei to the U.S. instead of their intended destinations. Later that month FedEx rejected a package containing a Huawei phone being sent from the U.K. to the U.S. in what it later said was a mistake. A short time after that, FedEx said it was suing the U.S. Department of Commerce for putting an “impossible burden” on the carrier to enforce the U.S. export ban against Huawei.

China has been preparing to add FedEx to a blacklist of so-called unreliable entities, people familiar with the matter have previously said.