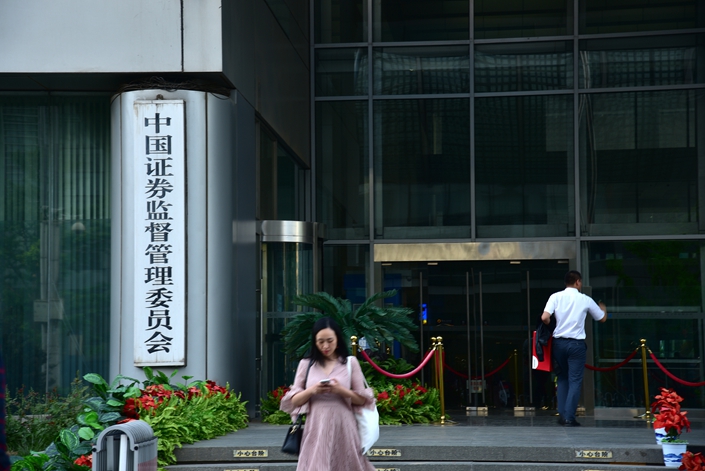 China’s securities regulator fined four people including an online news editor last week, after it ruled they had started and spread an online rumor in January that the financial watchdog would promote short selling on the country’s stock markets, according to official statements made public on Monday.

On Jan. 28, the first trading day of the new China Securities Regulatory Commission (CSRC) Chairman Yi Huiman’s tenure, Chen Yiheng allegedly (link in Chinese) published a post claiming Yi had said at a press briefing that the commission would promote short-selling and delisting mechanisms in China’s stock markets in 2019. Chen falsely attributed the information to Bloomberg, the regulator said.

Chen is a 32-year-old resident of Central China’s Hunan province, the CSRC said.

Bloomberg denied that it had released the news mentioned in Chen’s post, according to a Sina report (link in Chinese) published on the morning of Jan. 29. The CSRC said (link in Chinese) after the morning trading session that day that Yi hadn’t yet given any press briefings since taking office on Jan. 26.

On the day that the rumor emerged, stock markets were still suffering amid China-U.S. trade tensions and gloomy earnings reports. The benchmark Shanghai Composite Index fell 1.3%, and the Shenzhen Component Index fell 1.83% from 9:56 a.m. to 10:25 a.m. on Jan. 29.

The CSRC fined Chen 200,000 yuan ($28,315) while the other three individuals were fined 120,000 yuan each, citing the section of China’s Securities Law which forbids fabricating information or spreading fake information that can disrupt securities markets.