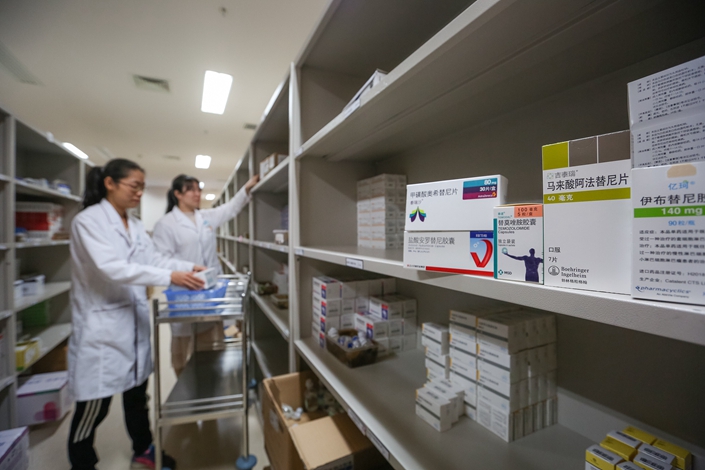 Beijing has added 148 drugs to a catalog of medicines eligible for reimbursement under government-backed insurance plans.

An updated catalog (link in Chinese) released by the National Healthcare Security Administration on Tuesday includes 47 pharmaceutical drugs and 101 traditional Chinese treatments. Notable additions include global names like AstraZeneca’s Kombiglyze and Merck & Co’s Janumet, both for treatments for diabetes.

At the same time, the authority also removed from the reimbursement list another 150 drugs that have relatively lower clinical value or can be substituted with better alternatives, said Xiong Xianjun, director of the Medical Service Department at the medical insurance administration.

The adjustments are made in accordance with the needs of the public and could improve the efficiency of using limited medical insurance funds, the administration said in a statement (link in Chinese). The update is the first major overhaul since 2017, when Beijing updated the list for reimbursable drugs for the first time in eight years.

Most of China’s population is covered by state-run basic medical insurance systems, which can provide 60% to 90% reimbursement for basic medical costs. The state insurance programs mainly cover services in public hospitals and common diseases.

But government coffers are already under pressure to provide health coverage for the large number of relatively poor rural and unemployed residents, analysts said. To add more urgently needed drugs, some had to be removed from the insurance scheme in order to keep within the government’s budget.

The change is scheduled to take effect on Jan. 1, 2020. Of the new additions, five drugs are for rare diseases, 36 for chronic diseases such as diabetes, and 38 are medications for child use.

Along with the updated catalog, the makers of an additional list of 128 costly patent medicines are undergoing negotiations with drugmakers, the authority said.

Even though drug prices could be cut down after bargaining with the government, inclusion on the list can still mean big profits for drug companies, as reimbursable drugs are more likely to be widely used.