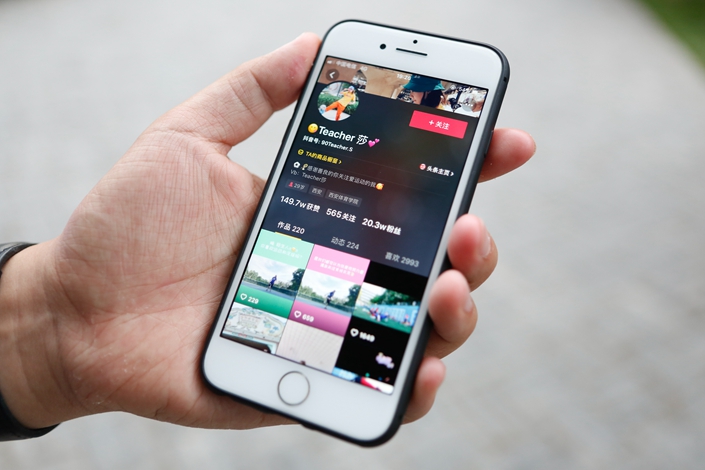 The tools — including one for traffic optimization and a new content management system —will allow 10 million more people to make money on the platform in the next 12 months, said Zhi Ying, Douyin’s general manager for marketing, at a gathering of Douyin content creators in Shanghai on Saturday.

The traffic optimization service will allow content creators to better target users within a specific regions or cities, Zhi said.

The content management system, which was unveiled prior to the Shanghai gathering and is already online, will allow creators to access more of users’ information, Douyin said at the time.

Content creators can earn cash on Douyin through various means, such as paid endorsements or by driving traffic to e-commerce platforms. The app itself mainly makes money through commission fees it charges content creators and from advertising.

Douyin’s release of such new tools follows a similar announcement last month by archrival Kuaishou. The latter also said at the time it would embed new services to help creators make more money, including a user data management tool.

Douyin is a leader in China’s competitive short-video and livestreaming space, boasting 320 million daily active users as of July. In contrast, Kuaishou currently has 200 million and has said it aims to increase that to 300 million by early next year.

Users of such apps are able to upload video clips — normally no more than 5 minutes long. Douyin was launched in 2016 by ByteDance, which is also known for creating China’s most popular news aggregator Toutiao.

Kuaishou, known internationally as Kwai, was launched in 2011. Compared to Douyin, which is used mostly by urbanites, Kuaishou’s users tend to live in small towns or rural areas.

Both companies have since the start of this year ramped up efforts to make money from their large user bases. ByteDance aims to rake in 50 billion yuan ($7 billion) in annual revenue from Douyin, while Kuaishou aims for a more modest 35 billion yuan annually from the platform, according to a report from data provider Quest Mobile.