China Slips Deeper Into Debt, Though at Slower Pace 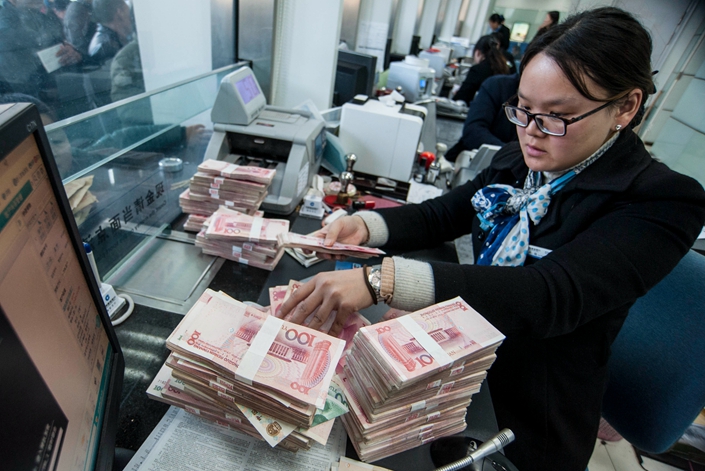 China is sinking deeper into debt, though not nearly as fast as it used to be.

Overall debt as a share of GDP continued to climb in the second quarter of this year, albeit at a slower pace, amid an ongoing slowdown in economic growth, according to two government-backed research institutes.

The overall leverage ratio, which measures the nation’s outstanding debt in the real economy against nominal GDP, rose to 249.5% in the second quarter, up 0.7 percentage points from a quarter earlier, according to a report released Tuesday by the National Institution for Finance & Development (NIFD), and the Institute of Economics at the Chinese Academy of Social Sciences. The second quarter’s increase was smaller than that in the first quarter, which saw a 5.1 percentage-point jump.

The first quarter’s larger increase in the debt-to-GDP ratio was due in part to the government’s shift in policy focus from getting a better handle on debt to stabilizing economic growth, some analysts said.

Of all China’s debt, corporate debt fell marginally, while government and household debt kept growing. The leverage ratio of the nonfinancial corporate sector fell to 155.7% at the end of the second quarter, down from 156.9% in the previous quarter, the report showed.

However, state-owned enterprises’ (SOEs) share of total nonfinancial corporate debt inched up to 69% from 68.2% at the end of the first quarter. That means the debt of private companies made up less of the total, even though the central government has been pushing banks to lend more to small and midsize enterprises amid the financing crisis that some private firms, particularly the small ones, have been suffering through since last year.

The government sector’s leverage ratio ticked up to 38.5% at the end of the second quarter, up 0.8 percentage points from the first quarter’s figure. The increase chiefly resulted from local governments issuing more bonds to raise funds for growth-spurring projects, the report said.

The report predicted that local governments’ leverage ratio will continue to rise in the third quarter.

China’s household leverage ratio climbed to 55.3% at the end of the second quarter from the previous quarter’s 54.3%. The report said that growth in short-term consumer loans remained the major force behind why leverage rose among the country’s households, albeit at a slightly slower pace.

China’s banking regulator has been tightening oversight over consumer loans amid growing concerns about risks behind surging household debt, which is driven by demand of home buying, the rapid development of fintech, banks’ retail businesses and other factors.

The report predicted that the slowdown in China’s debt-to-GDP ratio growth would not last for the rest of the year. Its authors added that authorities should tolerate the increased leverage if it helps stabilize economic growth.

China’s GDP grew 6.2% year-on-year in the second quarter, the slowest pace in nearly three decades, down from a 6.4% rise in the previous quarter.