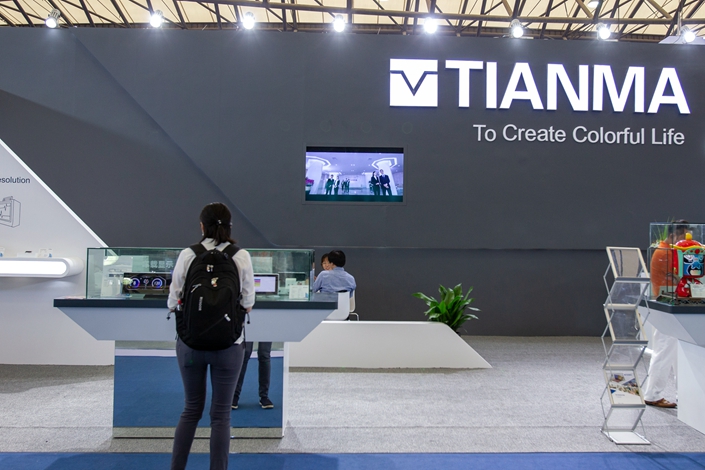 High-tech display-maker Tianma Microelectronics Co. Ltd. said on Thursday it will raise up to 7.3 billion yuan ($1 billion) through the issue of new shares to fund a state-of-the-art production line making flexible displays in the Central China city of Wuhan.

Tianma is one of several Chinese companies aggressively building such lines for display panels that are a major component of TVs, smartphones and a growing number of electronic devices. Such efforts have been strongly encouraged by Beijing and local governments as China tries to move away from its roots as a low-end manufacturer and into higher-tech, bigger-margin products.

But the rapid buildup of new capacity has led some to worry about a looming supply glut and increasingly heavy debt burdens for such companies.

In its Thursday announcement (link in Chinese) disclosing the new fundraising plan, Tianma pointed out that issuing new shares to raise money would help to ease its debt ratio, which has been rising steadily over the last three years. The new investment will be used for the second stage of an OLED production line that will focus on making cutting-edge flexible screens that have begun to emerge in a new generation of smartphones.

The company will issue up to 410 million new shares as part of the exercise, accounting for no more than 20% of its total share count, it said. It added it will sell those shares to no more than 10 investors, and shares will be priced at no less than 90% of the company’s average stock price over last 20 trading days prior to the day of the price-setting.

One of the largest buyers of the new shares will be a fund tied to the local branch of the State-owned Assets Supervision and Administration Commission (SASAC), the central government organization that oversees China’s biggest state-owned assets. Set up last month, that fund will buy up to 81.9 million of the new shares, with a lockup period of 36 months. Other investors will face a lockup period of 12 months.

Tianma’s mass production of displays in Wuhan dates back to 2011, and the company also operates a similar facility in Shanghai. Before the latest fundraising, the company received 300 million yuan in government support in Wuhan for production of its OLEDs, which are increasingly popular in the latest devices because they use less energy than older-generation LCDs.

“New production lines being built by BOE, Shenzhen China Star Optoelectronics and many others have all gotten big support from local governments,” an industry insider told Caixin, naming two of Tianma’s major rivals.

The rapid buildup of capacity and resulting large output has also been taking a toll on major display-makers, which are seeing their profits squeezed due to stiff competition. Tianma, BOE and TCL, considered China’s three major display panel manufacturers, all reported decreased net profits in the first half of the year despite revenue growth.