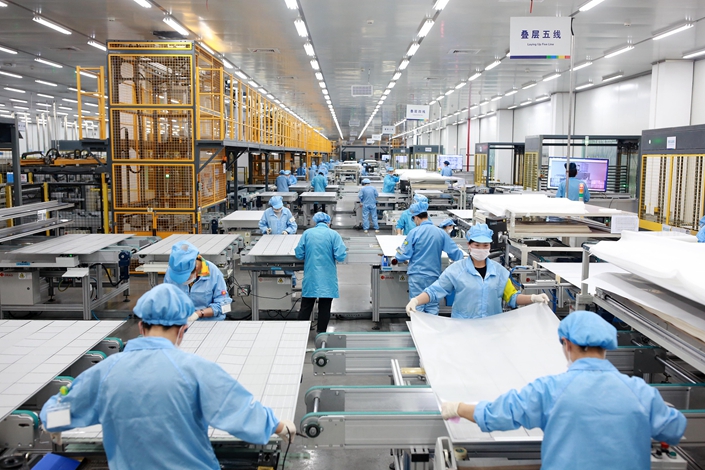 Chinese makers of solar panels and their components saw profits jump in the first half of the year, with strong overseas demand more than offsetting weakness at home as Beijing phases out government subsidies for new domestic solar farms.

China has become one of the largest markets for solar power production and also makes over half the world’s solar panels and components — the result of a decade of strong government support for the sector. But as the efficiency of producing such power becomes competitive with more traditional fossil fuel sources, Beijing has been rapidly cutting such subsidies.

A new paper written by researchers in both China and Sweden and published earlier this month found the price of solar power has become lower than grid-supplied electricity in hundreds of cities across China, marking an important inflection point in the country’s deployment of renewable energy.

Such parity could ultimately help to spur demand in both China and around the world, as solar power efficiency continues to grow and actually becomes increasingly cheaper than fossil fuels. But the rapid phasing out of government subsidies in China and delayed release of the country’s subsidy plan for this year both led to tepid demand in the first half of 2019.

That was more than offset by demand from overseas markets. Exports of silicon wafers, solar cells and solar modules rose 32% in the first six months of the year to total $10.6 billion, according to data from the China Photovoltaic industry Association. Module exports were particularly strong, nearly doubling to 36 gigawatts.